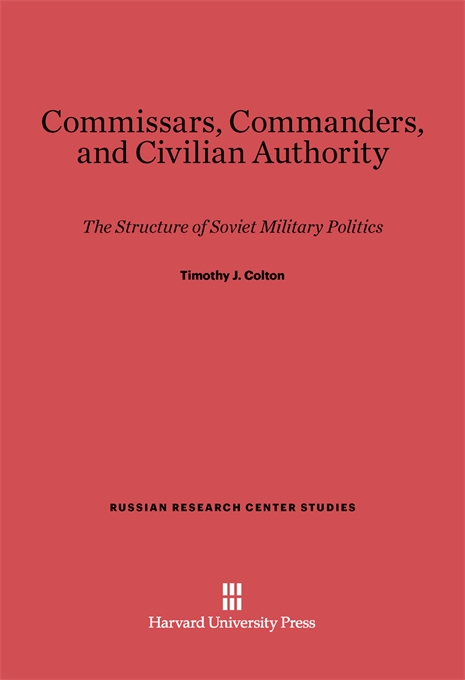 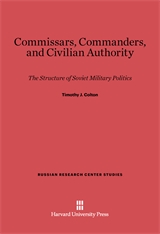 For six decades the Soviet system has been immune to military rebellion and takeover, which often characterizes modernizing countries. How can we explain the stability of Soviet military politics? asks Timothy Colton in his compelling interpretation of civil–military relations in the Soviet Union.

Hitherto most western scholars have posited a basic dichotomy of interests between the Soviet army and the Communist party. They view the two institutions as conflict-prone, with civilian supremacy depending primarily upon the party’s control of officers through its organs within the military establishment. Colton challenges this thesis and argues that the military party organs have come to possess few of the attributes of an effective controlling device, and that the commissars and their heirs have operated as allies rather than adversaries of the military commanders. In explaining the extraordinary stability in army–party relations in terms of overlapping interests rather than controlling mechanisms, Colton offers a major case study and a new model to students of comparative military politics.