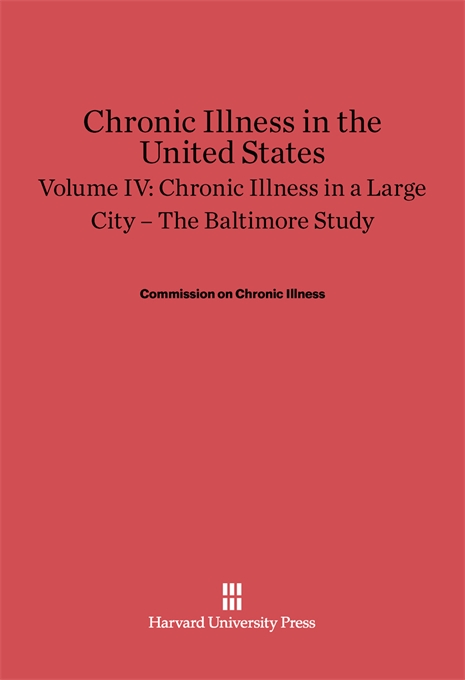 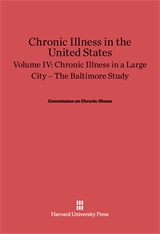 This volume of the four-part series Chronic Illness in the United States reports the findings of an intensive study of the prevalence of chronic illness in a representative cross-section of the population of a large American city; the city was Baltimore, and the study was made possible by a series of grants by the Public Health Service.

Prevalence rates for 31 of the most frequently reported chronic conditions are presented; heart disease, dental caries, neoplasms, diabetes mellitus, arthritis, and mental disorders are given special prominence. The degree of severity and the disabling effects of the conditions are discussed fully, and an estimate is given of the kinds and amount of care which individuals need because of prolonged disabilities. The book describes the demonstration project on rehabilitating the disabled, and the attitudes of the public towards health examinations.

The discussion of how the study method worked should be very interesting to sociologists, biostatisticians, and other social scientists. The prevalence rates, based on diagnostic examination, are believed to be much more accurate than any previously assembled.