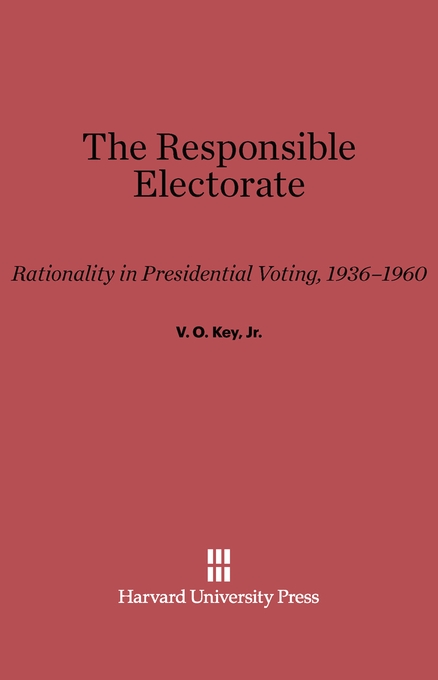 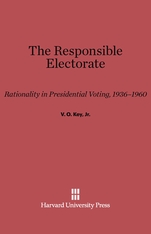 V. O. Key, Jr., one of America’s great political scientists, died in October, 1963 leaving a manuscript on which he had been working intensely when stricken ill several months before. The publication of this manuscript—completed by his former student, Milton C. Cummings, Jr.—is an important event in the study of politics and government.

In the past there has been a tendency in the social sciences—on the basis of statistical data and analytical techniques—to emphasize irrational factors that may influence the average voter. V. O. Key, using similar data and techniques, and building on previous work on electoral behavior, demonstrates that, in presidential elections at least, voters are strongly influenced by their policy views and their judgments of governmental performance. “The perverse and unorthodox argument of this little book,” he wrote, “is that voters are not fools.”