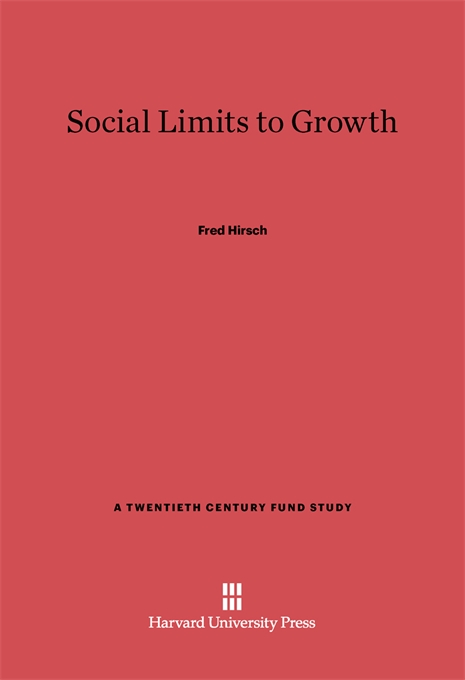 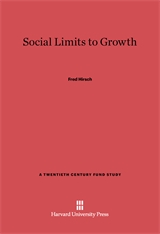 The worldwide debate on the limits to growth—from apocalyptic predictions of earthly doom to facile diversions drawn from history—has captured the attention of the general public while the controversy rages in academic circles. Although the dimensions and nature of the argument have produced a crisis of conscience in the West, the controversy also has obscured the much more fundamental and urgent problem that confronts advanced democratic societies—the ways in which growth creates its own frustrating limits.

In Social Limits to Growth Fred Hirsch, an Oxford-educated economist, argues brilliantly that the limits on extension of welfare through growth are social as well as economic. In the future the debate should not be couched in terms of “how much growth” or of “no growth,” but of why the affluent compete among themselves and how they create social scarcity. In such economic competition the growth process, Hirsch determines, fails to deliver its full promise. The affluent society is the frustrated society, seemingly incapable of improving the quality of life through greater material quantity.

There is yet another social limit to growth in advanced economies, according to the author. Western states cling to an individualistic ethos, but the growth process demands state intervention. Thus the social foundations of the state are undetermined as economic growth threatens the liberal state that created it.