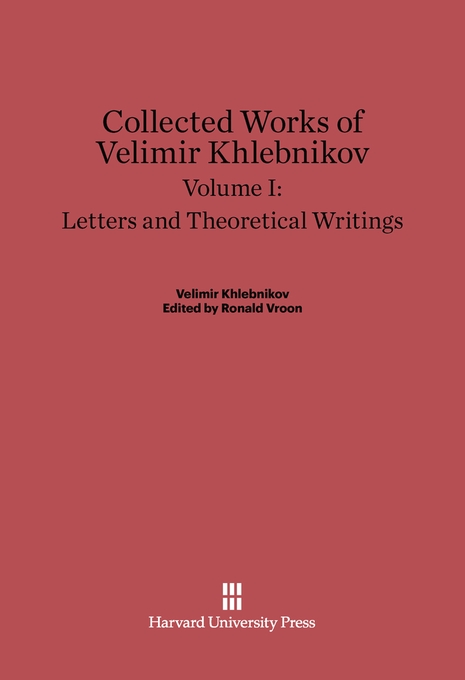 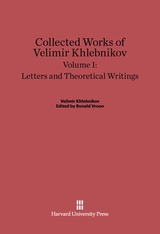 Dubbed by his fellow Futurists the “King of Time,” Velimir Khlebnikov (1885–1922) spent his entire brief life searching for a new poetic language to express his convictions about the rhythm of history, the correspondence between human behavior and the “language of the stars.” The result was a vast body of poetry and prose that has been called hermetic, incomprehensible, even deranged. Of all this tragic generation of Russian poets (including Blok, Esenin, and Mayakovsky), Khlebnikov has been perhaps the most praised and the more censured.

This first volume of the Collected Works, an edition sponsored by the Dia Art Foundation, will do much to establish the counterimage of Khlebnikov as an honest, serious writer. The 117 letters published here for the first time in English reveal an ebullient, humane, impractical, but deliberate working artist. We read of the continuing involvement with his family throughout his vagabond life (pleas to his smartest sister, Vera, to break out of the mold, pleas to his scholarly father not to condemn and to send a warm overcoat); the naive pleasure he took in being applauded by other artists; his insistence that a young girl’s simple verses be included in one of the typically outrageous Futurist publications of the time; his jealous fury at the appearance in Moscow of the Italian Futurist Marinetti; a first draft of his famous zoo poem (“O Garden of Animals!”); his seriocomic but ultimately shattering efforts to be released from army service; his inexhaustibly courageous confrontation with his own disease and excruciating poverty; and always his deadly earnest attempt to make sense of numbers, language, suffering, politics, and the exigencies of publication.

The theoretical writings presented here are even more important than the letters to an understanding of Khlebnikov’s creative output. In the scientific articles written before 1910, we discern foreshadowings of major patterns of later poetic work. In the pan-Slavic proclamations of 1908–1914, we find explicit connections between cultural roots and linguistic ramifications. In the semantic excursuses beginning in 1915, we can see Khlebnikov’s experiments with consonants, nouns, and definitions spelled out in accessible, if arid, form. The essays of 1916–1922 take us into the future of Planet Earth, visions of universal order and accomplishment that no longer seem so farfetched but indeed resonate for modern readers.