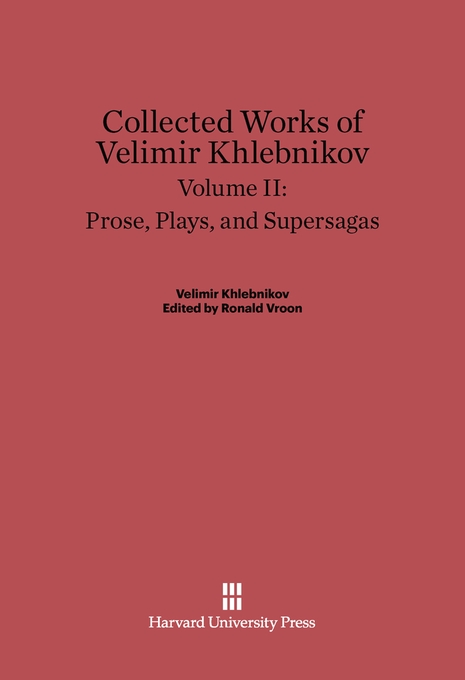 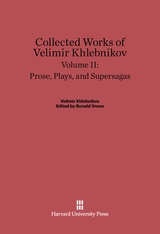 Velimir Khlebnikov, who died in 1922 at the age of thirty-six, is one of the great innovators of literary modernism. In Russia a powerful and growing mythology surrounds this Futurist poet and his reputation elsewhere continues to mount.

The second volume of the Collected Works consists of Khlebnikov’s fiction (thirty-five short stories, dreams, mysteries, and fanciful folktales), his plays, and his unique supersagas, a syncretic genre he created to encompass his iconoclastic view of the world. Paul Schmidt’s are the first translations of these works into English. They chronicle the artist’s imagination in his feverish search for a poetics that could be as diverse as the universe itself.

The fictions, ranging from the mysterious “Murksong” to the epic “Yasir,” show a great variety of styles and themes. But it is in the dramatic text that we best see Khlebnikov’s struggle to find a workable form for his vision. The Girl-God, symbolist-inspired, is a mélange of stylistic shifts and impossible scene changes. In The Little Devil, The Marquise des S., and the sardonic Miss Death Makes a Mistakes, Khlebnikov finally finds a stageable theatrical form, in a mixture of satire, colloquial speech, and poetic reflections on art and immortality. The dramatist reaches even higher in the supersagas Otter’s Children and Zangezi, achieving a Wagnerian fusion of action, poetry, history, theory, and the musical rhythms of incantation.