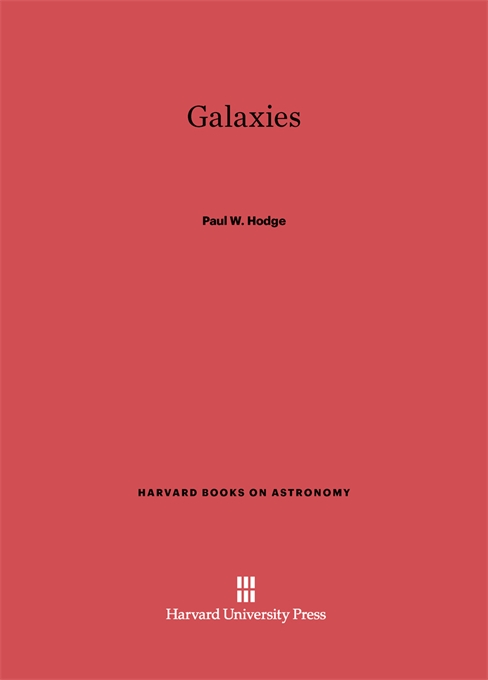 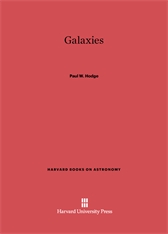 Galaxies are among nature’s most awe-inspiring and beautifully formed objects. In this highly informative and lucidly written book, Paul Hodge seeks to demystify galaxies and to examine closely our present-day knowledge of these magnificent star systems.

Hodge brings a historical perspective to his discussion of galactic research. He presents a summary of the revolutionary discoveries of the last decade, and he shows how they have contributed to our understanding of the nature and composition of the universe. Whereas previously perhaps a dozen astronomers devoted themselves to galaxy research, using two or three large telescopes, now hundreds of scientists are penetrating the mystery of the galactic world. This intensified research has yielded ground-breaking results: we are beginning to understand the enigmatic properties of the highly luminous yet relatively small quasars; we have a clearer understanding of the processes that generate spiral arms; we have a good idea of how different types of galaxies evolve; and we continue to grapple with the problem of the missing mass that is greater than anything detectable in the visible part of the galaxies.

This book succeeds in making the immense and remote universe of galaxies much more accessible to our imagination. It also conveys the excitement and wonder of this rapidly changing area of scientific inquiry. Enriched by numerous illustrations and written in an engaging style, Galaxies offers a nontechnical yet intelligent approach to the concepts and results of modern galactic research.

Galaxies and the Cosmic Frontier, a heavily revised and completely updated version of Hodge’s Galaxies, was published in 2003.