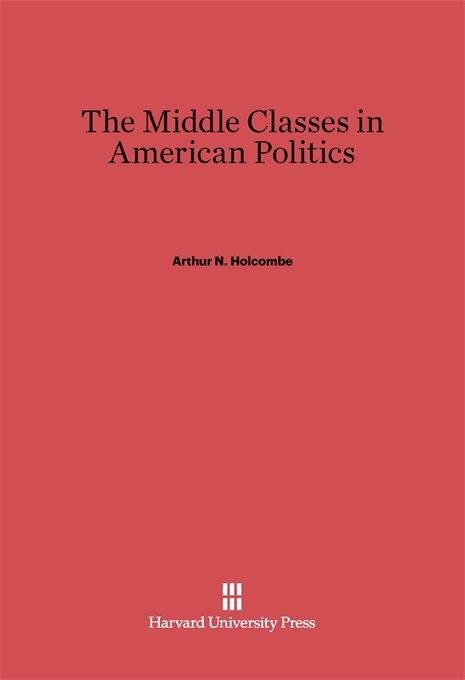 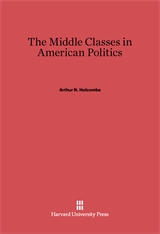 The Middle Classes in American Politics

Against Communist and Fascist claims that the peoples of modern states are divided into two main classes necessarily in conflict with one another, Arthur Holcombe sets up a strong case for the view that there are three important classes in the United States, that the middle class is the strongest of the three, and that its interests tend to harmonize with those of the people as a whole. The traditional middle class traits and attitudes, therefore, form a solid foundation for a firm national character.

The book is divided into two Parts: the first deals with the characteristics of the American way in politics, and the means of preserving them; the second deals more in detail with the economic basis of national politics and with the part played by the middle classes in the formation of the Constitution and the direction of partisan politics under the Constitution. Holcombe’s vindication of American principles against European doctrines re-affirms the foundations of the American faith and presents a sound political philosophy with which to overcome the subversive arguments of extremist agitators. Holcombe is, however, no Tory: he looks at our political scene in the light of the latest changes in general conditions. The volume will therefore appeal to all thoughtful citizens who in these days of storm and stress are examining once more the meaning of American democracy.