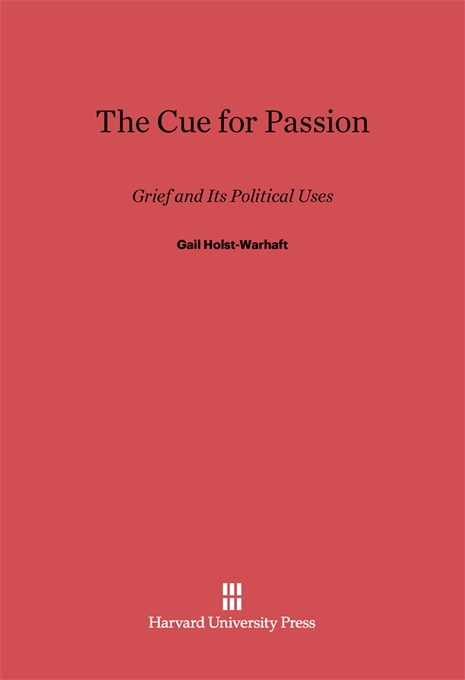 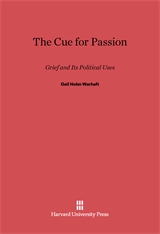 The Cue for Passion

Grief and Its Political Uses

Having set aside age-old ways of mourning, how do people in the modern world cope with tragic loss? Using traditional mourning rituals as an instructive touchstone, Gail Holst-Warhaft explores the ways sorrow is managed in our own times and how mourning can be manipulated for social and political ends.

Since ancient times political and religious authorities have been alert to the dangerously powerful effects of communal expressions of grief—while valuing mourning rites as a controlled outlet for emotion. But today grief is often seen as a psychological problem: the bereaved are encouraged to seek counseling or take antidepressants. At the same time, we have witnessed some striking examples of manipulation of shared grief for political effect. One instance is the unprecedented concentration on recovery of the remains of Americans killed in the Vietnam War. In Buenos Aires the Mothers of the Disappeared forged the passion of their grief into a political weapon. Similarly the gay community in the United States, transformed by grief and rage, not only lobbied effectively for AIDS victims but channeled their emotions into fresh artistic expression.

It might be argued that, in contrast to earlier cultures, modern society has largely abdicated its role in managing sorrow. But in The Cue for Passion we see that some communities, moved by the intensity of their grief, have utilized it to gain ground for their own agendas.