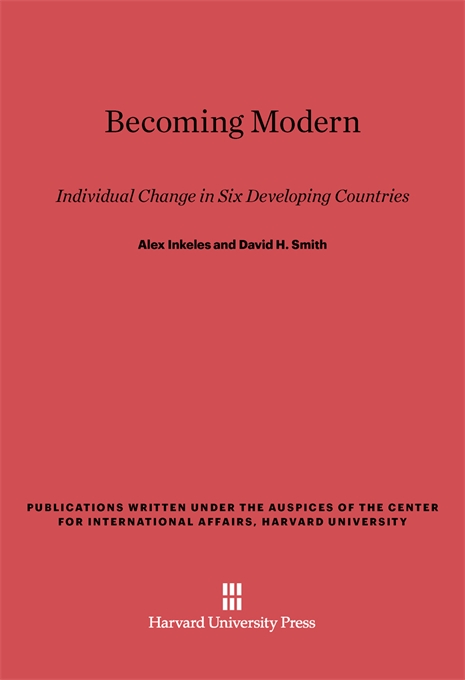 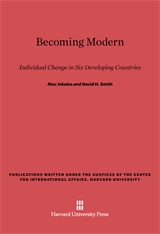 Becoming modern, the battle lost by so many developing countries in the sixties, requires modern men to run the technical and political institutions of the modern nation stale. Yet modern men are often scarce in the countries that need them most. Alex Inkeles and his colleagues set about to identify the process whereby people shift from the traditionalism that restrains progress to the individualism that will help their state “move into the twentieth century.” Becoming Modern is based on an extraordinary sample—almost 6,000 men In Argentina, Chile, India, Israel, Nigeria, and East Pakistan (now Bangladesh). Many of its results are striking; they are all clearly presented and argued. The interpretation is controversial and the work is guaranteed to have a big impact. Inkeles and David Smith explain what they mean by modern man and how this concept was converted into a research tool—a complex methodological excursion into the construction of an attitude–value–behavior scale. The authors were committed to specifying and testing a set of qualities that would define the modern man, and they find that psychological modernity is a distinct syndrome— complex, multifaceted, and multidimensional.