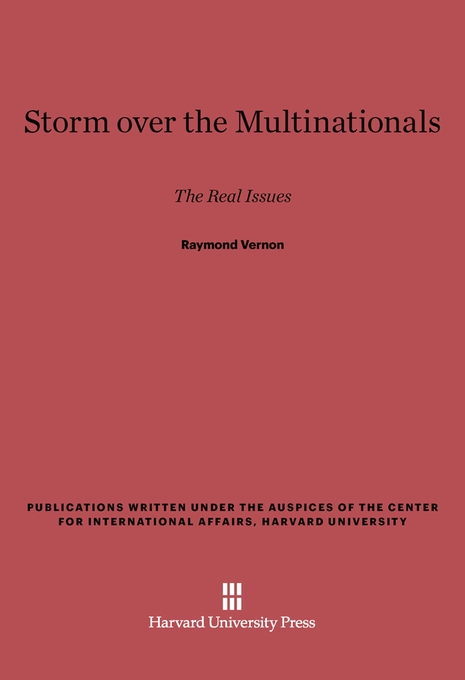 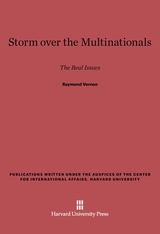 Storm over the Multinationals

Multinational enterprises—what they are and the challenge they pose to national objectives—have never been so clearly delineated. Raymond Vernon cuts through polemic and propaganda to place in perspective the spread of large companies from their home bases to foreign countries. He draws upon the variety of recent studies and his own vast scholarly endeavors and firsthand experience to answer such questions as: Are multinational enterprises and nation-states incompatible in goals and outlook? Should their economic (and political) behavior differ in underdeveloped countries as compared to modernized states?

After reviewing the growing interrelationships of the world’s economies, Vernon takes a close-up look at multinationals, commenting on their size, business activity, and patterns of management and control. He identifies the real problems these large enterprises generate, sorting them out from the ills that are associated with industrialization in general. He traces these problems in the developing world and in industrialized countries. In the process, he explores the ramifications of the multinational double identity—each enterprise must comport itself as a national of the country that sanctioned its creation, while at the same time it must respond to the link that ties it to units of the same company in other countries.

Finally, Vernon reviews proposals that have been made to alter the relationship between the enterprises and their host countries, and he suggests scenarios for the future. The issues run deep and the threat of conflict grows, he asserts, and if policymakers hope to deal constructively with problems associated with multinational enterprises, they will have to recognize some of the basic difficulties that have so far blocked progress. His book, by setting forth the issues clearly and without special pleading, makes significant progress in pointing the way to solutions.