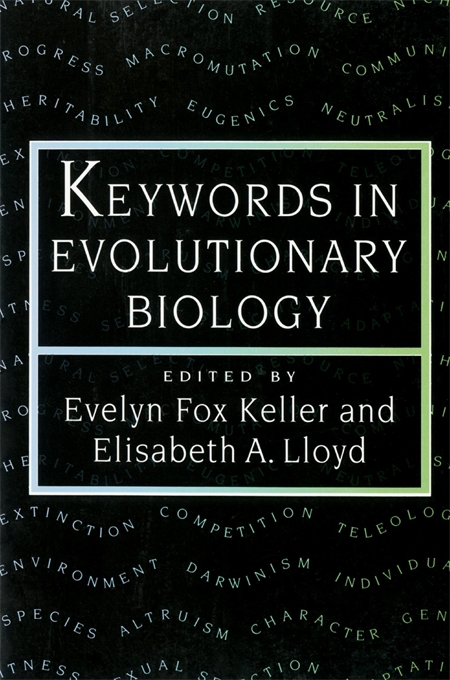 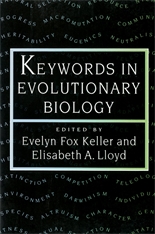 In science, more than elsewhere, a word is expected to mean what it says, nothing more, nothing less. But scientific discourse is neither different nor separable from ordinary language—meanings are multiple, ambiguities ubiquitous. Keywords in Evolutionary Biology grapples with this problem in a field especially prone to the confusion engendered by semantic imprecision.

Written by historians, philosophers, and biologists—including, among others, Stephen Jay Gould, Diane Paul, John Beatty, Robert Richards, Richard Lewontin, David Sloan Wilson, Peter Bowler, and Richard Dawkins—these essays identify and explicate those terms in evolutionary biology which, though commonly used, are plagues by multiple concurrent and historically varying meanings. By clarifying these terms in their many guises, the editors Evelyn Fox Keller and Elisabeth Lloyd hope to focus attention on major scholarly problems in the field—problems sometimes obscured, sometimes reveals, and sometimes even created by the use of such equivocal words. “Competition,” “adaptation,” and “fitness,” for instance, are among the terms whose multiple meaning have led to more than merely semantic debates in evolutionary biology.

Exploring the complexity of keywords and clarifying their role in prominent issues in the field, this book will prove invaluable to scientists and philosophers trying to come to terms with evolutionary theory; it will also serve as a useful guide to future research into the way in which scientific language works.