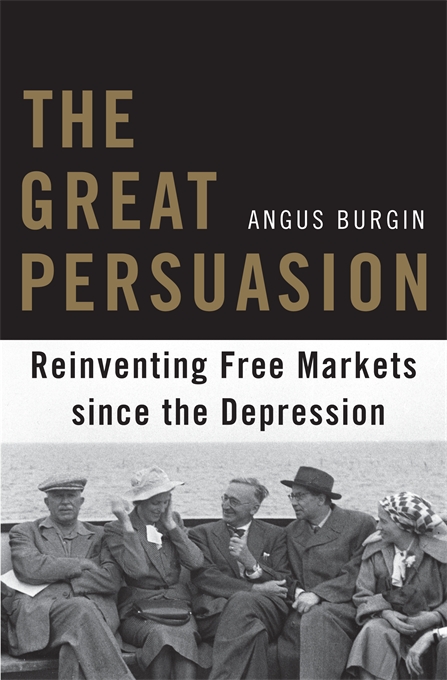 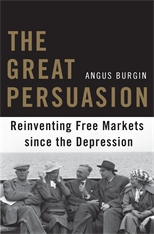 Reinventing Free Markets since the Depression

Just as today’s observers struggle to justify the workings of the free market in the wake of a global economic crisis, an earlier generation of economists revisited their worldviews following the Great Depression. The Great Persuasion is an intellectual history of that project. Angus Burgin traces the evolution of postwar economic thought in order to reconsider many of the most basic assumptions of our market-centered world.

Conservatives often point to Friedrich Hayek as the most influential defender of the free market. By examining the work of such organizations as the Mont Pèlerin Society, an international association founded by Hayek in 1947 and later led by Milton Friedman, Burgin reveals that Hayek and his colleagues were deeply conflicted about many of the enduring problems of capitalism. Far from adopting an uncompromising stance against the interventionist state, they developed a social philosophy that admitted significant constraints on the market. Postwar conservative thought was more dynamic and cosmopolitan than has previously been understood.

It was only in the 1960s and ’70s that Friedman and his contemporaries developed a more strident defense of the unfettered market. Their arguments provided a rhetorical foundation for the resurgent conservatism of Barry Goldwater and Ronald Reagan and inspired much of the political and economic agenda of the United States in the ensuing decades. Burgin’s brilliant inquiry uncovers both the origins of the contemporary enthusiasm for the free market and the moral quandaries it has left behind.