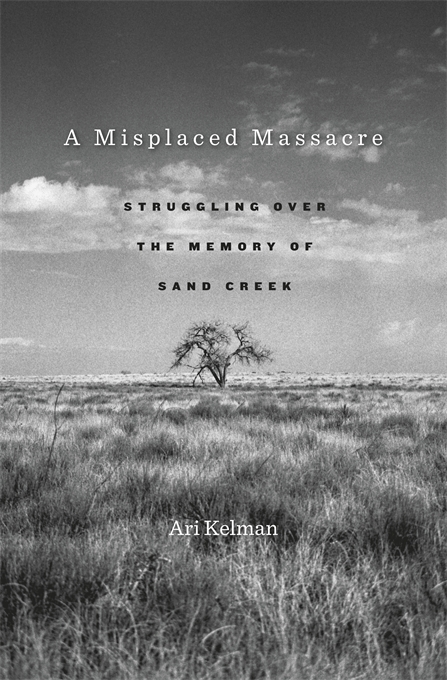 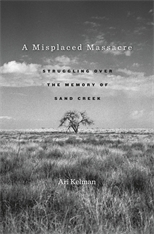 Struggling over the Memory of Sand Creek

“A Misplaced Massacre…recounts and analyses the ways in which generations of Americans, both white and Native American, have struggled—and as the book’s subtitle intimates, still struggle—to come to terms with the meaning of the attack. It is an important book, and its most brilliant chapter, which follows the order of events at the opening ceremonies, in April 2007, of the Sand Creek Massacre National Historic Site, shows that positions taken by the various speakers on that day still echoed the differing views expressed a hundred years earlier by Chivington, Soule and Bent… Kelman provides a nuanced and virtually complete account of each of the chronological phases and of the eddying currents of opinion in the movement towards the opening of the Historic Site… The book functions as an instructive lesson in public history, and Kelman shows how the massacre positively intersects with its legacy.”—Mick Gidley, The Times Literary Supplement

“This innovative book offers a balanced assessment of the 1864 confrontation as well as a richly nuanced detective story about the use and misuse of historical events to satisfy present-day agendas.”—M. L. Tate, Choice

“Vividly captures the controversy and pain that accompanied this reopening of a dark chapter in American history.”—Kirkus Reviews

“Joining a historian’s gift for thorough research and interpretive nuance with a journalist’s flair for vivid reportage and telling interviews, Kelman tracks the ghosts of Sand Creek through the borderlands of history and memory. Anyone who cares about Colorado, the North American West, the legacies of the Civil War, and Native American peoples must read A Misplaced Massacre and meditate upon the unsettling lessons of the story it tells.”—Thomas G. Andrews, author of Killing for Coal: America’s Deadliest Labor War

“A Misplaced Massacre places indigenous peoples at the center of an expansive vision of the American West. More nuanced and less assured, western history remains alive and well in Kelman’s sobering account of the unresolved legacies of Sand Creek.”—Ned Blackhawk, author of Violence over the Land: Indians and Empires in the Early American West

“With wit, insight, and always with sympathy, A Misplaced Massacre chronicles the torturous drive to memorialize the horrors perpetrated at Sand Creek in 1864. This is a detective story, a page-turner, and a poignant, multidimensional exploration of history’s enduring power over the present. A smart and humane book.”—Brian DeLay, author of War of a Thousand Deserts: Indian Raids and the U.S.–Mexican War

“A profound and sympathetic book. Kelman artfully weaves together multiple storylines across time, including the Sand Creek Massacre, the efforts of the National Park Service to memorialize the event, and the Indian struggle to make oral history stick as a legitimate form of knowledge. I could not put it down because of the power of the storytelling—including a fantastic plot twist—as well as the clarity of the writing and the compelling nature of the lessons it offers about history, memory, and the meaning of the past.”—Philip J. Deloria, author of Indians in Unexpected Places

“Brilliant and beautifully written—a powerful meditation on the long shadows that the past continues to cast into the present. I know of no other book quite like it.”—Karl Jacoby, author of Shadows at Dawn: An Apache Massacre and the Violence of History

“Kelman has the rare ability to blend the rigor of a scholar with the storytelling talent of the best novelist. With exquisite detail, he brings alive the fascinating cast of characters—historical and contemporary—that shaped the story of Sand Creek. A Misplaced Massacre is a very important book that does justice to one of the searing stories of our history and one of the most potent sites on our historic landscape.”—Edward T. Linenthal, author of Sacred Ground: Americans and Their Battlefields