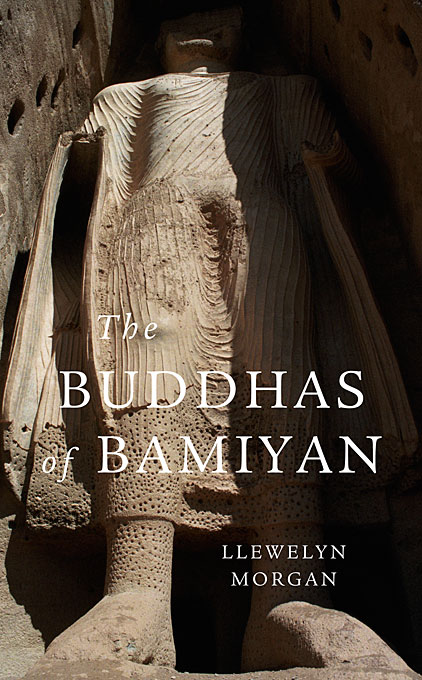 The Buddhas of Bamiyan

“Llewelyn Morgan’s exquisite story telling brought me back to the ‘peaceful valley’ and the magnificent Buddhas of Bamiyan. Written with great authority and affection, this entrancing book ensures their rich history and meaning will not be lost.”—Lyse Doucet, BBC

“In March 2001, [the Buddhas of Bamiyan] were dynamited and demolished, on the orders of Mullah Omar, the spiritual leader of the Taliban… The excuse was that they were idols, but the rest of the Taliban didn’t exactly support the order. It was not an Islamic act. There were resentful claims and justifications from Omar’s people that the West had never paid attention to Muslims… The richly enjoyable Oxford lecturer Llewelyn Morgan takes all of those rationalizations into consideration, but goes much, much further, mostly back in time, to unearth the practically schizophrenic thousand-year-old personalities of the pair of Buddhas, and how Buddhists, Muslims, Christians, Chinese, Mongols, Hazaras, Englishmen, Hindus, Persians, and even the Greeks have hacked at them, and chiseled into them a piece of themselves. Always entertaining and never too academic, Morgan has done what no others have been able to do, including UNESCO, Japan, and Switzerland, who have all pledged to rebuild the Buddhas. He brings them to life, again, and let them tell their tales, still etched in stone, words in air.”—Jimmy So, The Daily Beast

“Morgan expertly traces the history of the once impressive sixth-century Buddha statues of Bamiyan, Afghanistan through ancient accounts such as those of the well-traveled seventh-century Chinese monk Xuangzang, 19th-century writings by European explorers and soldiers, and video footage of the statues’ destruction by Taliban leaders in March 2001. The Buddhas’ ghostly absence from their still-remaining niches (the statues were 38 and 55 meters in height respectively) serves as a sober reminder of a cultural heritage now lost. Morgan argues that the styles evident in the statues were a mixture of many cultures (Greek, Indian, Chinese) and that every culture could see something of its own story in them… This work does a worthy job of telling their story and outlining the distinct history of the region. It will serve as an informative and enjoyable introduction to the topic for the lay reader.”—Brian Renvall, Library Journal