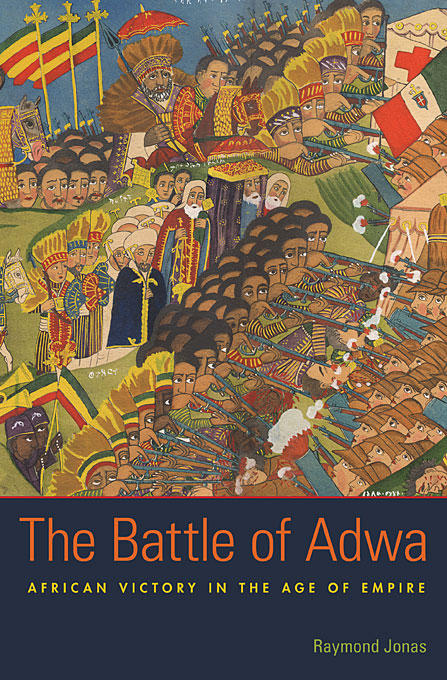 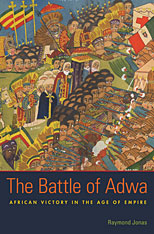 The Battle of Adwa

African Victory in the Age of Empire

In March 1896 a well-disciplined and massive Ethiopian army did the unthinkable—it routed an invading Italian force and brought Italy’s war of conquest in Africa to an end. In an age of relentless European expansion, Ethiopia had successfully defended its independence and cast doubt upon an unshakable certainty of the age—that sooner or later all Africans would fall under the rule of Europeans. This event opened a breach that would lead, in the aftermath of world war fifty years later, to the continent’s painful struggle for freedom from colonial rule.

Raymond Jonas offers the first comprehensive account of this singular episode in modern world history. The narrative is peopled by the ambitious and vain, the creative and the coarse, across Africa, Europe, and the Americas—personalities like Menelik, a biblically inspired provincial monarch who consolidated Ethiopia’s throne; Taytu, his quick-witted and aggressive wife; and the Swiss engineer Alfred Ilg, the emperor’s close advisor. The Ethiopians’ brilliant gamesmanship and savvy public relations campaign helped roll back the Europeanization of Africa.

Figures throughout the African diaspora immediately grasped the significance of Adwa, Menelik, and an independent Ethiopia. Writing deftly from a transnational perspective, Jonas puts Adwa in the context of manifest destiny and Jim Crow, signaling a challenge to the very concept of white dominance. By reopening seemingly settled questions of race and empire, the Battle of Adwa was thus a harbinger of the global, unsettled century about to unfold.