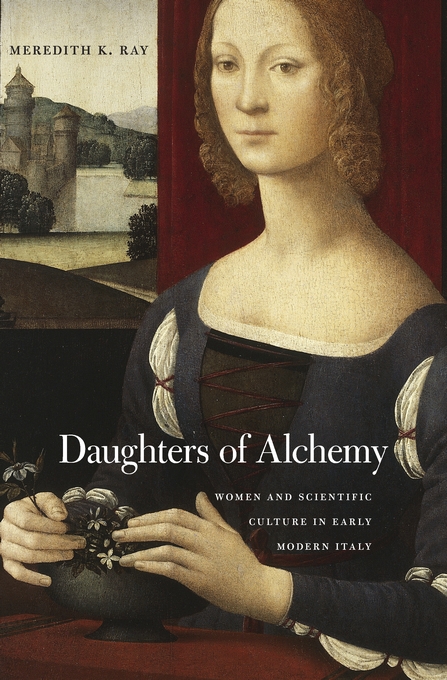 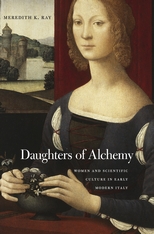 “A pioneering text that brings together unheard, forgotten, or simply unexamined voices of intellectual women who operated as practitioners, authors, and patrons of science—that is, women who gave themselves the opportunity to ‘philosophize with their hands’—before the Enlightenment… This is a learned book with a well-argued thesis, convincing research, and lucid writing… Daughters of Alchemy should be required reading for anyone interested in discussing scientific work of the early modern period in Italy.”—Valeria Finucci, Renaissance and Reformation

“A sustained meditation on how and why women in early modern Italy pursued science. Ray examines the presence of women in the scientific culture of the late fifteenth through the early seventeenth centuries, from alchemy, medicine, and books of secrets to natural history, natural philosophy, and astronomy. Daughters of Alchemy invites readers to discern women’s voices—what they knew and what they wanted to know, what they wrote, read, and discussed—in the Renaissance’s conversation about the natural world.”—Paula Findlen, author of Early Modern Things: Objects and Their Histories, 1500–1800

“This original, fascinating study brings together in one place six compelling stories of Italian women who were important players in the production and transmission of scientific knowledge (especially in the areas of alchemy, and early forms of chemistry, biology, and botany) in early modern Europe. Ray’s research demonstrates not only the inherent challenges gender, social class, and religious affiliation played in this arena, but the creative solutions and unique strengths such challenges inspired in these early modern thinkers as they operated within the domestic, commercial, and academic spheres. At the heart of Ray’s analysis is the literary: a tool and vehicle powerfully used by the women Ray studies in their scientific discourse. Scholars of Italian Literature, Renaissance Studies, and Women’s Studies will find Daughters of Alchemy particularly of interest.”—Arielle Saiber, author of Giordano Bruno and the Geometry of Language