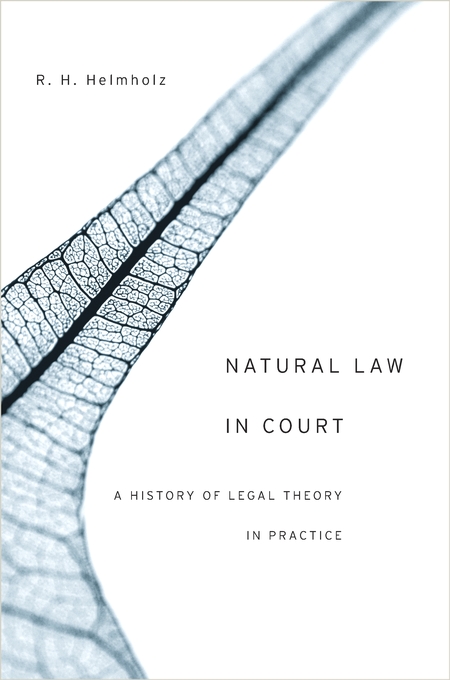 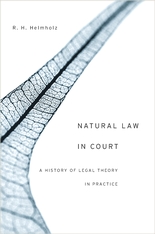 A History of Legal Theory in Practice

The theory of natural law grounds human laws in the universal truths of God’s creation. Until very recently, lawyers in the Western tradition studied natural law as part of their training, and the task of the judicial system was to put its tenets into concrete form, building an edifice of positive law on natural law’s foundations. Although much has been written about natural law in theory, surprisingly little has been said about how it has shaped legal practice. Natural Law in Court asks how lawyers and judges made and interpreted natural law arguments in England, Europe, and the United States, from the beginning of the sixteenth century to the American Civil War.

R. H. Helmholz sees a remarkable consistency in how English, Continental, and early American jurisprudence understood and applied natural law in cases ranging from family law and inheritance to criminal and commercial law. Despite differences in their judicial systems, natural law was treated across the board as the source of positive law, not its rival. The idea that no person should be condemned without a day in court, or that penalties should be proportional to the crime committed, or that self-preservation confers the right to protect oneself against attacks are valuable legal rules that originate in natural law. From a historical perspective, Helmholz concludes, natural law has advanced the cause of justice.