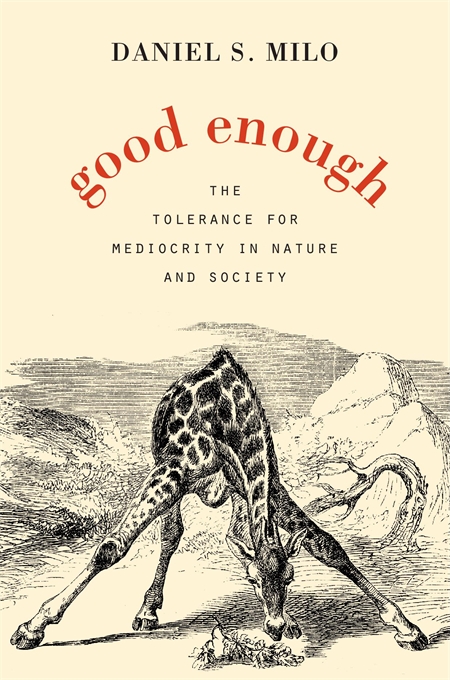 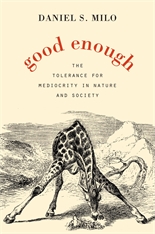 The Tolerance for Mediocrity in Nature and Society

In this spirited and irreverent critique of Darwin’s long hold over our imagination, a distinguished philosopher of science makes the case that, in culture as well as nature, not only the fittest survive: the world is full of the “good enough” that persist too.

Why is the genome of a salamander forty times larger than that of a human? Why does the avocado tree produce a million flowers and only a hundred fruits? Why, in short, is there so much waste in nature? In this lively and wide-ranging meditation on the curious accidents and unexpected detours on the path of life, Daniel Milo argues that we ask these questions because we’ve embraced a faulty conception of how evolution—and human society—really works.

Good Enough offers a vigorous critique of the quasi-monopoly that Darwin’s concept of natural selection has on our idea of the natural world. Darwinism excels in accounting for the evolution of traits, but it does not explain their excess in size and number. Many traits far exceed the optimal configuration to do the job, and yet the maintenance of this extra baggage does not prevent species from thriving for millions of years. Milo aims to give the messy side of nature its due—to stand up for the wasteful and inefficient organisms that nevertheless survive and multiply.

But he does not stop at the border between evolutionary theory and its social consequences. He argues provocatively that the theory of evolution through natural selection has acquired the trappings of an ethical system. Optimization, competitiveness, and innovation have become the watchwords of Western societies, yet their role in human lives—as in the rest of nature—is dangerously overrated. Imperfection is not just good enough: it may at times be essential to survival.