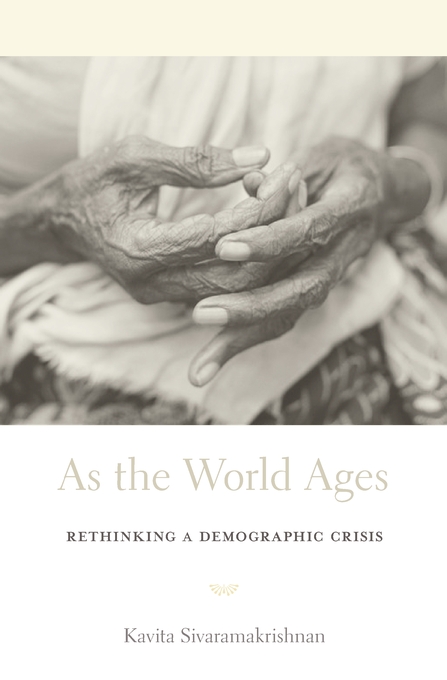 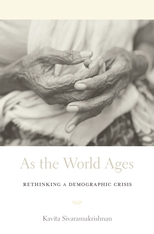 As the World Ages

People are living longer, creating an unexpected boom in the elderly population. Longevity is increasing not only in wealthy countries but in developing nations as well. In response, many policy makers and scholars are preparing for a global crisis of aging. But for too long, Western experts have conceived of aging as a universal predicament—one that supposedly provokes the same welfare concerns in every context. In the twenty-first century, Kavita Sivaramakrishnan writes, we must embrace a new approach to the problem, one that prioritizes local agendas and values.

As the World Ages is a history of how gerontologists, doctors, social scientists, and activists came to define the issue of global aging. Sivaramakrishnan shows that transnational organizations like the United Nations, private NGOs, and philanthropic foundations embraced programs that reflected prevailing Western ideas about development and modernization. The dominant paradigm often assumed that, because large-scale growth of an aging population happened first in the West, developing societies will experience the issues of aging in the same ways and on the same terms as their Western counterparts. But regional experts are beginning to question this one-size-fits-all model and have chosen instead to recast Western expertise in response to provincial conditions. Focusing on South Asia and Africa, Sivaramakrishnan shows how regional voices have argued for an approach that responds to local needs and concerns. The research presented in As the World Ages will help scholars, policy makers, and advocates appreciate the challenges of this recent shift in global demographics and find solutions sensitive to real life in diverse communities.