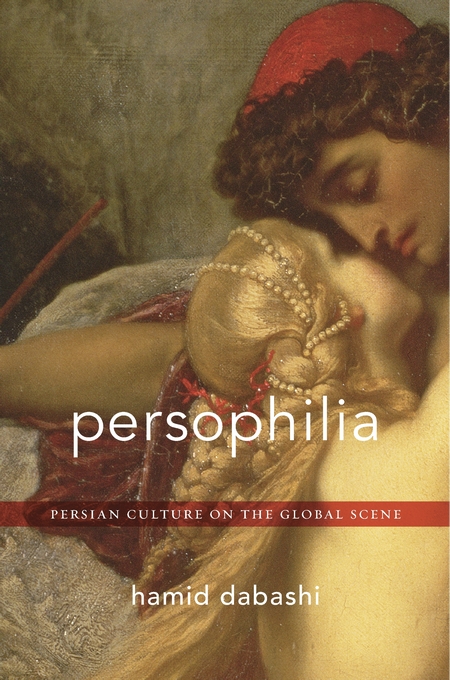 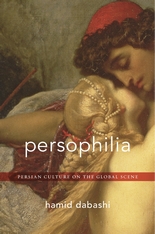 Persian Culture on the Global Scene

“Generates new ways of thinking about global culture that do away with tired dichotomies such as East and West, center and periphery, and tradition and modernity… [An] urgent and impressive accomplishment.”—Shaj Mathew, Critical Inquiry

“A lively and erudite account of Persophilia… Whenever Dabashi discusses particular writers, Iranian or Western, his enthusiasm brims over; his love for literature, whether in Persian or English, German or French, shines through and animates his prose… His astute capsule descriptions of 19th- and 20th-century Iranian writers, most of whom remain unknown in the West, will come as both provocative and enlightening to even the most jaded Persophile.”—Eric Ormsby, Literary Review

“A work of quietly revolutionary insight. By following the work of Persian art and literature not only out of its original courtly environment and into conflict and often collusion with the West, Dabashi adds a much-needed undercurrent to the entire school of thought that originated with Said’s Orientalism.”—Steve Donoghue, The National

“New insight into the way Europeans conceived of and shaped representations of Persian literature, culture, and aesthetics… Provides us with a Persian counterpart to Edward Said’s Orientalism… An ambitious text that by its very nature will spark debate amongst scholars specializing in the innumerable fields it discusses.”—Leila Moayeri Pazargadi, Canadian Review of Comparative Literature

“Hamid Dabashi tells an elegant and startling story about the significance of Persian culture in Western society, and how Western ideas about Persian culture shaped modern Iran’s notions of its antiquity and literary history.”—Firoozeh Kashani-Sabet, University of Pennsylvania

“Hamid Dabashi’s scholarly investigation into Persophilia—the attraction that Iran’s literary humanism held for giants of European culture including Mozart, Goethe, and Nietzsche—turns simplistic views of ‘Orientalism’ upside down. His penetrating account of a global conversation lasting centuries forces us to rethink tired old clichés about European cultural hegemony.”—Malise Ruthven, author of Islam in the World