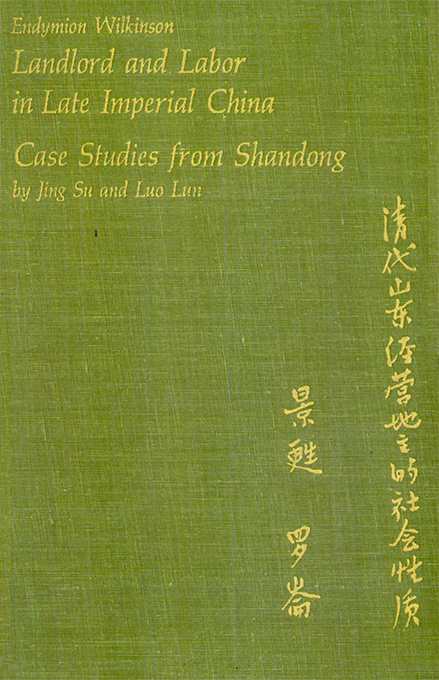 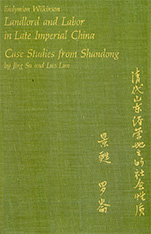 Translated with commentary by Endymion Wilkinson

This well-documented study discusses the social and economic changes in Shandong province before the influence of the West was felt at the end of the nineteenth century. The authors show that by the sixteenth century, commercial and handicraft towns linked to national and local markets had already begun to emerge. Urban growth was made possible by increased agricultural production, which in turn stimulated specialization and increased commercialization in the agricultural sector. Another important change in rural society at this time was the emergence of a new stratum of wealthy landlords who managed their estates with wage labor. Case studies of managerial landlords, who form the main focus of this study, are included as well as generalizations drawn from questionnaire materials.

Jing Su and Luo Lun wrote this book while they were young researchers at Shandong University in the late 1950s, using data they had gathered in the culturally relaxed period of the Hundred Flowers. In his Introduction, Endymion Wilkinson analyzes the authors’ thesis and concludes that their Leninist model is inapplicable to premodern Chinese history. The value of this study lies not so much in its conclusion that even without the impact of Western imperialism China would of itself have developed a capitalist society, but rather in the wealth of data the authors present, in this first in-depth study of a relatively advanced region in north China.