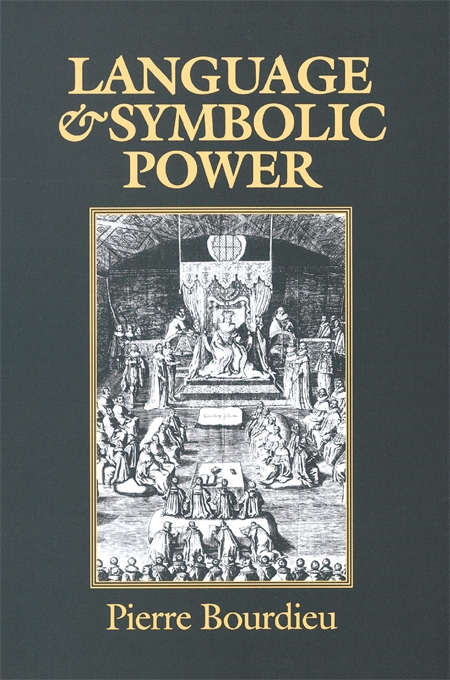 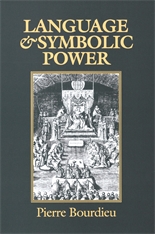 This volume brings together Pierre Bourdieu’s highly original writings on language and on the relations among language, power, and politics. Bourdieu develops a forceful critique of traditional approaches to language, including the linguistic theories of Saussure and Chomsky and the theory of speech-acts elaborated by Austin and others. He argues that language should be viewed not only as a means of communication but also as a medium of power through which individuals pursue their own interests and display their practical competence.

Drawing on the concepts that are part of his distinctive theoretical approach, Bourdieu maintains that linguistic utterances or expressions can be understood as the product of the relation between a “linguistic market” and a “linguistic habitus.” When individuals use language in particular ways, they deploy their accumulated linguistic resources and implicitly adapt their words to the demands of the social field or market that is their audience. Hence every linguistic interaction, however personal or insignificant it may seem, bears the traces of the social structure that it both expresses and helps to reproduce.

Bourdieu’s account sheds fresh light on the ways in which linguistic usage varies according to considerations such as class and gender. It also opens up a new approach to the ways in which language is used in the domain of politics. For politics is, among other things, the arena in which words are deeds and the symbolic character of power is at stake.

This volume, by one of the leading social thinkers in the world today, represents a major contribution to the study of language and power. It will be of interest to students throughout the social sciences and humanities, especially in sociology, politics, anthropology, linguistics, and literature.