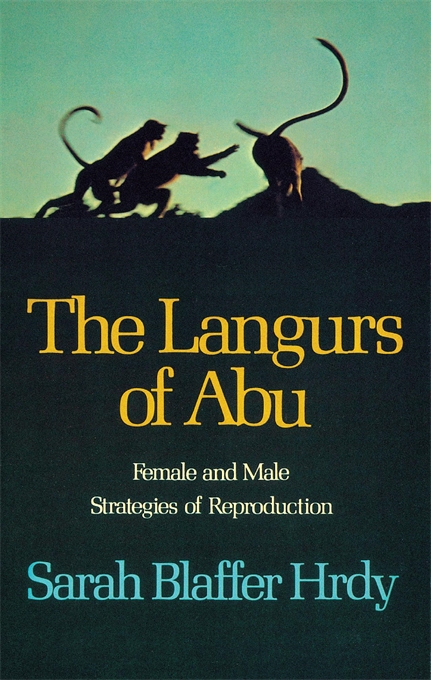 The Langurs of Abu

Female and Male Strategies of Reproduction

Sexual combat is not a monopoly of the human species. As Sarah Blaffer Hrdy argues in this spellbinding book, war between male and female animals has deep roots in evolutionary history. Her account of family life among hanuman langurs—the black-faced, gray monkeys inhabiting much of the Indian subcontinent—is written with force, wit, and at times, sorrow.

Male hanumans, in pursuit of genetic success, routinely kill babies sired by their competitors. The mothers of endangered infants counter with various strategems to deceive the males and prevent destruction of their own offspring. Competition and selfishness are dominant themes of langur society. Competition among males for access to females, competition among females for access to food resources, and disregard by one female for the well-being of another’s infant—these are some very common examples. Yet there are also moments of heroic self-sacrifice, as when an elderly female rushes to defend her troop and its babies from an invading, infancticidal male.

The Langurs of Abu is the first book to analyze behavior of wild primates from the standpoint of both sexes. It is also a poignant and sophisticated exploration of primate behavior patterns from a feminist point of view. This book may inspire controversy; it will certainly be read with pleasure by anyone interested in animal behavior.