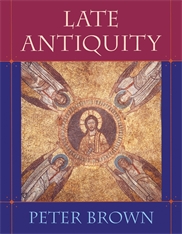 In this history of the late antique period, which appeared earlier in the five-volume series A History of Private Life, Peter Brown shows the slow shift from one form of public community to another—from the ancient city to the Christian church. In the four centuries between Marcus Aurelius (161–180) and Justinian (527–565), the Mediterranean world passed through a series of profound transmutations that affected the rhythms of life, the moral sensibilities, and the sense of the self of the inhabitants of its cities, and of the countryside around them.