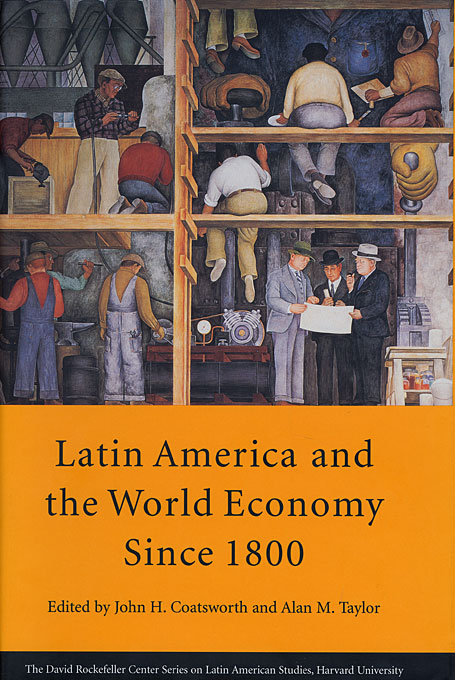 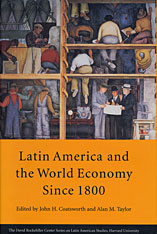 Latin America and the World Economy since 1800

“Examining a number of key themes—from property rights in the Amazon to the rise and fall of the Gold Standard—this volume provides a series of engaging and original insights into the forces that have shaped Latin American economic development over the past two centuries. Undoubtedly, the striking feature that unites the diverse chapters is their dependence on the use of quantitative techniques, which allow the statistical relationships between economic variables to be ascertained. Combining these with an extensive reliance on freshly assembled numerical data, all of the contributors manage to shed new light on old questions.”—Edmund Amann, The Times Literary Supplement

“This collection of interdisciplinary essays breaks new ground by showcasing the work of scholars who evidence an economist’s appreciation for formal theory, testing, and empirical research, as they look with the eyes of historians at processes of change in the political and institutional context of economic activity.”—WorldViews

“This is an exciting moment in the study of the economic history of Latin America. It is now being done by scholars with good economic tools, asking questions that speak to the present, and with the grit to data-mine the archives. Equally important, economists and historians are now listening, after decades of deaf ears. Two of the best Latin American economic historians—a spectacular new young star teamed with a wise, long-established leader—have combined to edit papers from the best Latin American economic historians in the field. The book is a land mark.”—Jeffrey G. Williamson, Laird Bell Professor of Economics, Harvard University

“This is an important collection of papers on the under-researched domestic aspects of the Latin American economies since 1800. The authors combine the new institutionalism approach with a high quality and wide range of data to explain key developments in capital markets, wages and prices, the role of the lobby groups, and the emergence of modern business and financial enterprises in Latin America. In short, these are highly original essays that present stimulating results. The volume mounts an effective challenge to existing orthodoxies.”—Colin M. Lewis, Associate Professor in Latin American Economic History, London School of Economics and Political Science