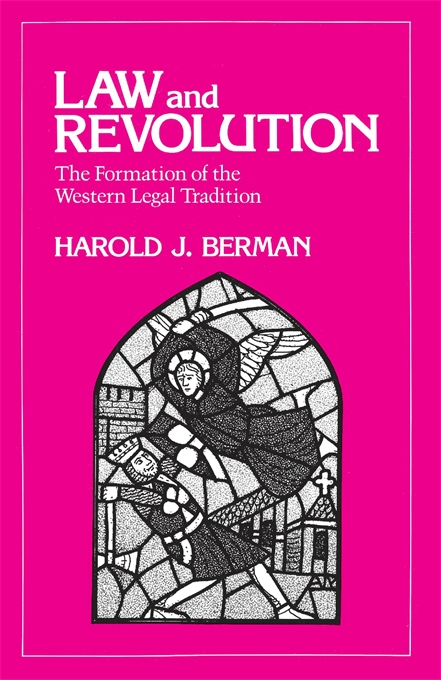 Law and Revolution, I

The Formation of the Western Legal Tradition

“A magnificent volume, broad in scope and rich in detail; this may be the most important book on law in our generation.”—American Political Science Review

“Superb… A tour de force of insight and erudition. The principal text divides into two parts, the first dealing with the papal revolution and its distinctive legal system of canon law and the second describing the emergence of secular legalism through its roots in feudal, manorial, mercantile, urban, and royal systems… A magnificent topping-off to the conventional [law school] curriculum.”—The Benchmark

“This is a book of the first importance. Every lawyer should read it… Clearly written and well-organized, it is a work of immense scholarship.”—Los Angeles Daily Journal

“By demonstrating the revolutionary character of the papal reformation, Berman upsets periodizations commonly accepted by Church historians, positivists, Marxist historians, and historians of the law… Law and Revolution is itself a revolutionary book in obliging the practitioners of many university disciplines to readjust their focus and to see in law a revolutionary cultural force.”—George H. Williams