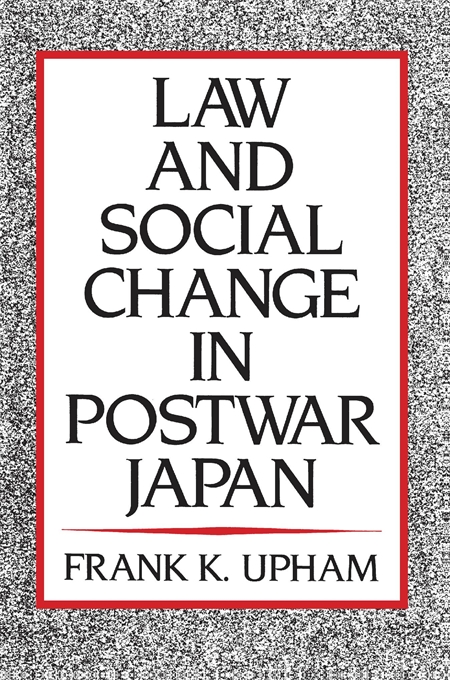 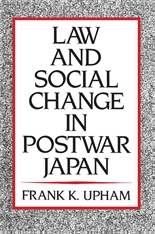 Many people believe that conflict in the well-disciplined Japanese society is so rare that the Japanese legal system is of minor importance. Frank Upham shows conclusively that this view is mistaken and demonstrates that the law is extensively used, on the one hand, by aggrieved groups to articulate their troubles and mobilize political support and, on the other, by the government to channel and manage conflict after it has arisen.

This is the first Western book to take law seriously as an integral part of the dynamics of Japanese business and society, and to show how an informal legal system can work in a complex industrial democracy. Upham does this by focusing on four recent controversies with broad social implications: first, how Japan dealt with the world’s worst industrial pollution and eventually became a model for Western environmental reforms; second, how the police and courts have allowed one Japanese outcast group to use carefully orchestrated physical coercion to achieve wide-ranging affirmative action programs; third, how Japanese working women used the courts to force employers to eliminate many forms of discrimination and eventually convinced the government to pass an equal employment opportunity act; and, finally, how the Ministry of International Trade and Industry and various sectors of Japanese industry have used legal doctrine to cope with the dramatic changes in Japan’s economy over the last twenty-five years.

Readers interested in the interaction of law and society generally; those interested in contemporary Japanese sociology, politics, and anthropology; and American lawyers, businessmen, and government officials who want to understand how law works in Japan will all need this unusual new book.