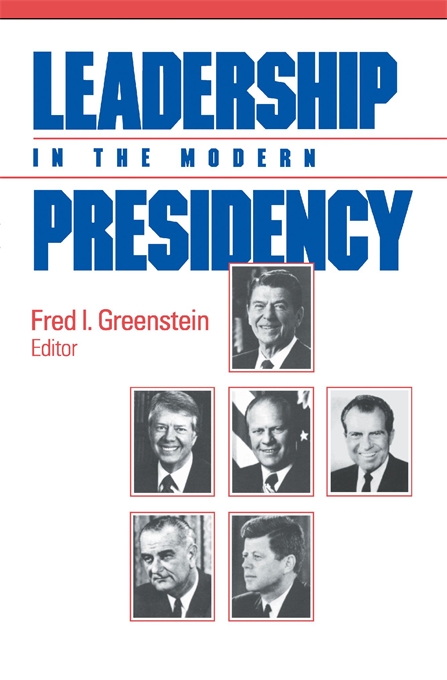 Leadership in the Modern Presidency

Edited by Fred I. Greenstein

“A lively collection. Leuchtenburg on FDR is the best thing going in short form. Muir on Reagan is sure to cause a controversy. Greenstein is helpful and original as usual. And there’s still more!”—Richard E. Neustadt, Harvard University

“This compilation represents an all-too-rare accomplishment. The individual essays are as scholastically rigorous as one would ever care to read, yet they rarely lose their clear-eyed readability… A vivid account of the evolution of the presidency into the modern, highly complex, highly influential office we know today. It is highly recommended to anyone interested in understanding how our country is led, and by whom.”—Peter Osterlund, The Christian Science Monitor