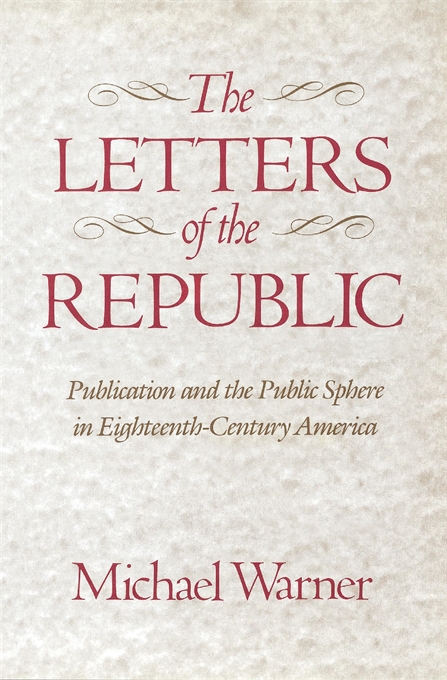 The Letters of the Republic

Publication and the Public Sphere in Eighteenth-Century America

The subject of Michael Warner’s book is the rise of a nation. America, he shows, became a nation by developing a new kind of reading public, where one becomes a citizen by taking one’s place as writer or reader. At heart, the United States is a republic of letters, and its birth can be dated from changes in the culture of printing in the early eighteenth century. The new and widespread use of print media transformed the relations between people and power in a way that set in motion the republican structure of government we have inherited. Examining books, pamphlets, and circulars, he merges theory and concrete analysis to provide a multilayered view of American cultural development.