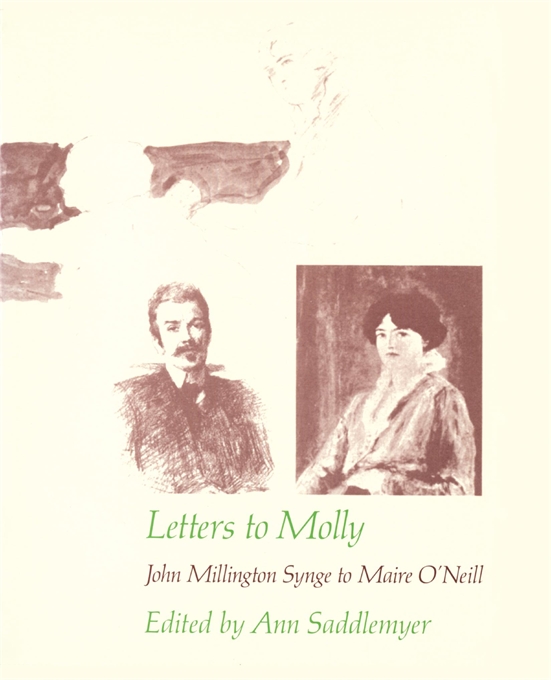 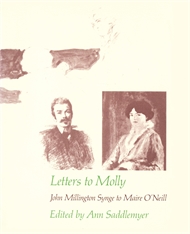 When John Millington Synge and Molly Allgood fell in love, he was thirty-five, she nineteen. Neither knew that he had Hodgkin’s disease, of which he was to die in three years. Synge had already achieved recognition as a playwright—translations of two of his plays had been performed in Berlin and Prague—and he was codirector, with Yeats and Lady Gregory, of the Irish National Theatre Society. Allgood had started her acting career the year before, in the newly opened Abbey Theatre, with a walk-on part in Synge’s Well of the Saints. She had been promoted from crowd scenes to bit parts to lead roles in Riders to the Sea and The Shadow of the Glen. She was still only a member of the company, however, while Synge was a director, whose codirectors disapproved of fraternization. Synge and Allgood also faced the disapproval of two widowed mothers. Barring an occasional holiday trip or company road tour, they could seldom be alone together, except on secret afternoon meetings for long walks in the country. Hence their hundreds of letters.

Molly Allgood’s letters do not survive; they apparently were destroyed when Synge died. But his letters convey her mercurial charm, her openness, her love of life, her impulsiveness, and her temper—as violent as his own. What they convey of him (when he is not reproving her or remonstrating with her, as he does in the early months of their relationship) is the love of nature, the poetic language, the bittersweet irony, the elemental quality of emotion, that we know from the plays. His concern for his craft is seen as he struggles with The Playboy. (“Parts of it are not structurally strong or good. I have been all this time trying to get over weak situations by strong writing, but now I find it won’t do, and I am at my wit’s end.”) Synge was quite unperturbed by the violent outrage and near-riots the play provoked. (“Now we’ll be talked about. We’re an event in the history of the Irish stage,” he wrote cheerily.)

As his illness progresses, following operations in 1907 and 1908, there is great poignancy in the gradual abating of references to marriage plans and in the shift of salutation from “Dearest Changeling” to “My dearest child.” After Synge’s death his friends and biographers discreetly avoided mention of Allgood, who under her stage name of Maire O’Neill became one of the leading actresses of the Irish theater and lived until 1952. His letters to her have not been published before, except for the few quoted in Greene and Stephens’s 1959 biography. A primary source for the study of Synge and the Irish theater movement, the letters include poems inspired by Allgood and extensive information about Abbey Theatre business.

In addition to a biographical introduction, Ann Saddlemyer has included a map of the Wicklow and Dublin areas and numerous photographs of both Synge and Allgood.