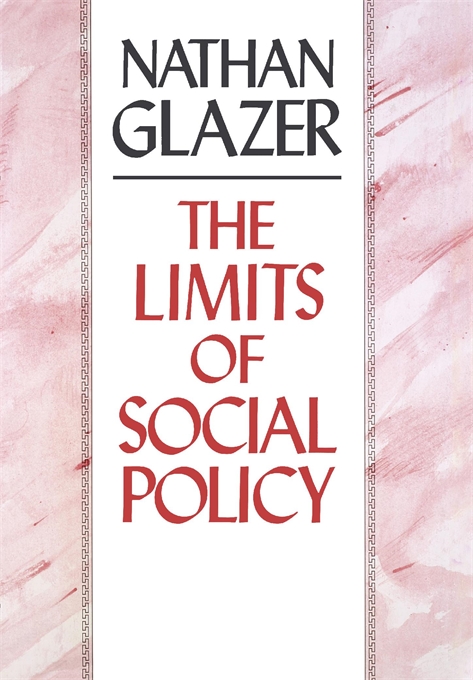 Many social policies of the 1960s and 1970s, designed to overcome poverty and provide a decent minimum standard of living for all Americans, ran into trouble in the 1980s—with politicians, with social scientists, and with the American people. Nathan Glazer has been a leading analyst and critic of those measures. Here he looks back at what went wrong, arguing that our social policies, although targeted effectively on some problems, ignored others that are equally important and contributed to the weakening of the structures—family, ethnic and neighborhood ties, commitment to work—that form the foundations of a healthy society. What keeps society going, after all, is that most people feel they should work, however well they might do without working, and that they should take care of their families, however attractive it might appear on occasion to desert them.

Glazer proposes new kinds of social policies that would strengthen social structures and traditional restraints. Thus, to reinforce the incentive to work, he would attach to low-income jobs the same kind of fringe benefits—health insurance, social security, vacations with pay—that now make higher-paying jobs attractive and that paradoxically are already available in some form to those on welfare. More generally, he would reorient social policy to fit more comfortably with deep and abiding tendencies in American political culture: toward volunteerism, privatization, and decentralization.

After a long period of quiescence, social policy and welfare reform are once again becoming salient issues on the national political agenda. Nathan Glazer’s deep knowledge and considered judgment, distilled in this book, will be a source of advice, ideas, and inspiration for citizens and policymakers alike.