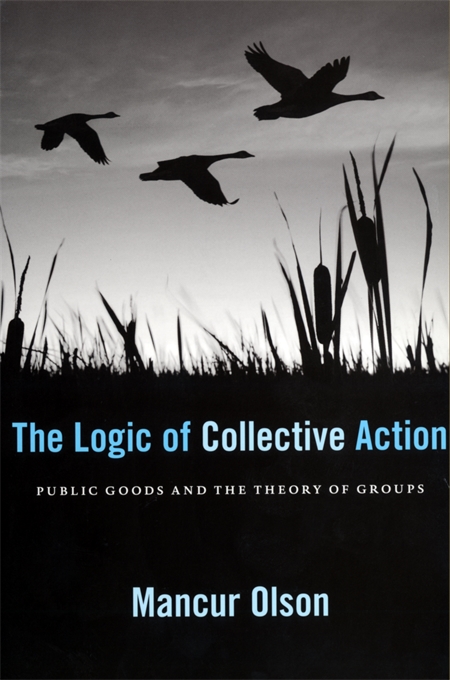 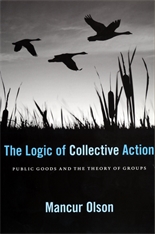 The Logic of Collective Action

Public Goods and the Theory of Groups, With a New Preface and Appendix

This book develops an original theory of group and organizational behavior that cuts across disciplinary lines and illustrates the theory with empirical and historical studies of particular organizations. Applying economic analysis to the subjects of the political scientist, sociologist, and economist, Mancur Olson examines the extent to which the individuals that share a common interest find it in their individual interest to bear the costs of the organizational effort.

The theory shows that most organizations produce what the economist calls “public goods”—goods or services that are available to every member, whether or not he has borne any of the costs of providing them. Economists have long understood that defense, law, and order were public goods that could not be marketed to individuals, and that taxation was necessary. They have not, however, taken account of the fact that private as well as governmental organizations produce public goods.

The services the labor union provides for the worker it represents, or the benefits a lobby obtains for the group it represents, are public goods: they automatically go to every individual in the group, whether or not he helped bear the costs. It follows that, just as governments require compulsory taxation, many large private organizations require special (and sometimes coercive) devices to obtain the resources they need. This is not true of smaller organizations for, as this book shows, small and large organizations support themselves in entirely different ways. The theory indicates that, though small groups can act to further their interest much more easily than large ones, they will tend to devote too few resources to the satisfaction of their common interests, and that there is a surprising tendency for the “lesser” members of the small group to exploit the “greater” members by making them bear a disproportionate share of the burden of any group action.

All of the theory in the book is in Chapter 1; the remaining chapters contain empirical and historical evidence of the theory’s relevance to labor unions, pressure groups, corporations, and Marxian class action.