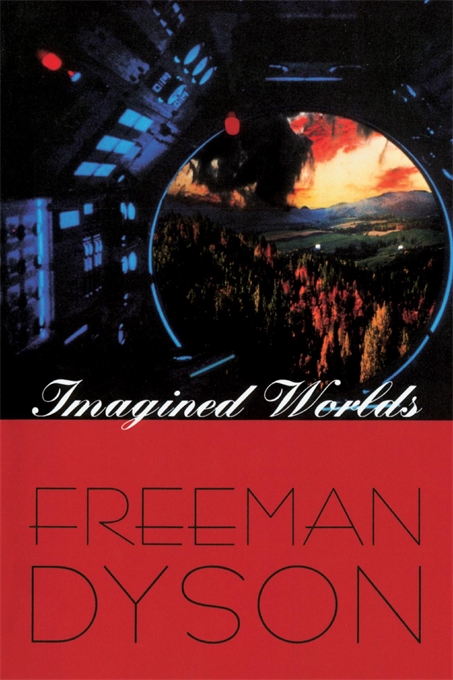 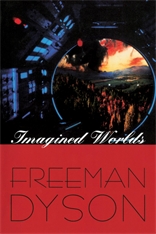 “This is an extraordinary book, written in the wisdom of old age but with the hopeful courage of a man whose commitment to science, if not necessarily to its products, has kept him young.”—The New Yorker

“Imagined Worlds makes illuminating criticisms of what [Dyson] calls ‘ideologically driven’ technologies, which, because they symbolize national pride, are obliged to succeed… Ideologically driven technologies, Dyson argues, discourage the rigorous experimentation without which no technology can properly evolve.”—Timothy Ferris, The New York Review of Books

“Freeman Dyson is one of the last survivors of the heroic age of theoretical physics and contributed greatly to the standard theory of quantum electrodynamics. However…he does not suffer from tunnel vision. His imagination embraces the entire cosmos and all the possibilities of future technology… Imagined Worlds is one of those mind-stretching books that any intelligent reader can enjoy.”—Arthur C. Clarke, The Times Higher Education Supplement

“Dyson has a startlingly profound imagination, a willingness to take ideas as far as they can possibly go… In this book he provides a fascinatingly plausible view of artificial telepathy. He has helped to design extraordinary spaceships and advised the Pentagon on wild (and no doubt occasionally woolly) weapons. Best of all, from the science-fiction writer’s point of view, he admires science-fiction writers. This book is, in part, a tribute to science-fiction; it is an attempt not to predict the future, but rather, through imagination, to bring some of its potential to life.”—Oliver Morton, Nature

“In his new volume, Imagined Worlds, Freeman Dyson, following in the tradition of two of his heroes, novelist H. G. Wells and biologist J. B. S. Haldane, gives us a cautionary vision of where science and technology are taking us in the next century… Dyson’s book is a fascinating romp through possible futures.”—Steven J. Dick, Natural History

“Freeman Dyson is an expert rambler. Four or five digressions into an essay, just as you think he’s lost his trail, he finds it again around the next bend… [He] describes himself as a ‘problem solver,’ drawn butterfly-like to nuclear energy, rocket propulsion, quantum electrodynamics, and astronomy, among other fields. This propensity serves his readers well. Dyson is not merely a scientist who can write but a scientist who thinks like a writer. In Imagined Worlds, he trains his thoughts on the world that science and technology are creating, showing how ‘Tolstoyan science’ (small and cheap) is preferable to ‘Napoleonic science’ (big and expensive).”—Discover

“One of the more daring theories in today’s cosmology is that at the creation of our universe an infinite number of others were also brought into being, but that none can communicate with any other. Be that as it may, whenever I am in the presence of Freeman Dyson, a physicist and professor emeritus at the Institute for Advanced Studies in Princeton, I have the uncanny feeling that he is able, after all, to look around the corner into some of those other worlds from which we are cut off. Dyson claims to be a mathematical physicist interested in anatomy. But from his many writings, we know better. He is interested in any question whatever that might have a scientific solution, and in any imaginative idea that may help to anticipate the future… [E]ven while readers will disagree with this or that point, they will also most likely be swept up by the ambitious scope of the book, and Dyson’s unwavering belief that our benighted species can improve.”—Gerald Holton, The Boston Sunday Globe

“One of the books I enjoyed most last year…was Freeman Dyson’s Imagined Worlds, in which the famed Princeton scientist speculated on the likely evolution of humanity over the next 10, 100, 1,000 10,000, 100,000 and 1 million years… Imagined Worlds…deserves to be read for its elegance and sagacity.”—Michael Thompson-Noel, Financial Times

“Dyson, not just a distinguished scientist, but a fine writer about science…has produced a fascinating speculative work about future scientific developments—near- and far-future—and their likely impact on us.”—The Globe & Mail

“The world needs the kind of wisdom that Freeman Dyson has accumulated after a lifetime of theoretical physics at Cambridge and Princeton, and his contributions to the nuclear test ban treaty.”—Colin Tudge, New Statesman

“[Dyson] constantly surprises and challenges us with his views… [His] independence of mind and his learning make his views on the future well worth reading. At first sight, Imagined Worlds may seem thin and insubstantial, but it actually contains more rewarding insights than most books 10 times its length.”—Graham Farmelo, The Sunday Telegraph

“As well as mind-boggling speculations [on our future], Imagined Worlds includes some good discussions of how science and technology relate to politics and ethics… The future? Freeman Dyson has it figured out.”—Rudy Rucker, The Washington Post Book World

“Freeman Dyson…[is] brilliant and admirable: a physicist (now retired) of considerable accomplishment and a storyteller of delightful humanity and skill.”—Philip Gold, The Washington Times

“Thanks to new technologies, researchers can see much farther into the galaxies, much deeper into the genetic structure of life, and more clearly into the heart of the atom than ever before. But envisioning our cultural future still requires the kind of probing, reflective human imagination we see at work in these pages. As this distinguished scientist contemplates a world in which genetic engineers create superbabies and pet dinosaurs, in which space colonies raise potatoes on Mars, in which radiotelepathy allows humans to communicate with dolphins and eagles, he weighs fear against hope… With a rare breadth of literary and historical knowledge and with a wonderful lucidity of style, Dyson converts science from the intellectual property of specialists into a meaningful concern for everyone with a stake in our cultural future.”—Booklist

“A leading scientist speculates on far-future scientific developments and their possible impact on the human condition. Dyson points out that our culture has apparently lost its long-range vision. Drawing on a fascinating cross-section of scientific and technological history, the professor emeritus at Princeton’s Institute for Advanced Study lays the groundwork for a longer view… At every turn, he illustrates his subject with reference to a wide range of writers and philosophers, making the book a delight to read. Essential reading for anyone who looks beyond the coming millennium.”—Kirkus Reviews

“[A]n engaging work that combines science (‘my territory’) and science fiction (‘the landscape of my dreams’). Dyson ponders the triumphs and failures of scientists, using real and imagined stories—from the ill-fated Comet jetliner of 1952 to the technological nightmares of H.G. Wells and Huxley—to illustrate the dangers that surface when political ideology and science mix… Mostly this is a reminder that human consequences and human scale must be considered in the application of science and technology… Dyson’s use of science fiction to illustrate and evaluate scientific fact is a refreshing and illuminating tool.”—Publishers Weekly

“Freeman Dyson is one of the true geniuses of our age. His latest book, full of wry wit and profound wisdom, will be of absorbing interest to anyone concerned with the future happiness, and indeed survival, of the human race.”—Arthur C. Clarke

“Freeman Dyson’s Imagined Worlds confirms his reputation as one of the world’s clearest and most sagacious critics of science and technology—and it’s a delight to read as well.”—Timothy Ferris

“Broadly knowledgeable, thoughtful, and wise, Freeman Dyson the humanist and physicist outlines here futures for the scientific enterprise—ten, one hundred, ten thousand, and a million years from now. Although not a fan of futurology, I found Imagined Worlds fascinating.”—Lynn Margulis