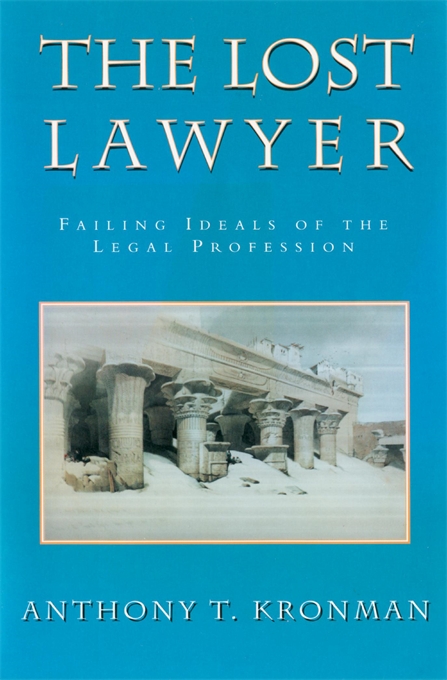 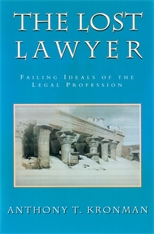 Failing Ideals of the Legal Profession

Anthony Kronman describes a spiritual crisis affecting the American legal profession, and attributes it to the collapse of what he calls the ideal of the lawyer-statesman: a set of values that prizes good judgment above technical competence and encourages a public-spirited devotion to the law.

For nearly two centuries, Kronman argues, the aspirations of American lawyers were shaped by their allegiance to a distinctive ideal of professional excellence. In the last generation, however, this ideal has failed, undermining the identity of lawyers as a group and making it unclear to those in the profession what it means for them personally to have chosen a life in the law.

A variety of factors have contributed to the declining prestige of prudence and public-spiritedness within the legal profession. Partly, Kronman asserts, it is the result of the triumph, in legal thought, of a counterideal that denigrates the importance of wisdom and character as professional virtues. Partly, it is due to an array of institutional forces, including the explosive growth of the country’s leading law firms and the bureaucratization of our courts. The Lost Lawyer examines each of these developments and illuminates their common tendency to compromise the values from which the ideal of the lawyer-statesman draws strength. It is the most important critique of the American legal profession in some time, and an an enduring restatement of its ideals.