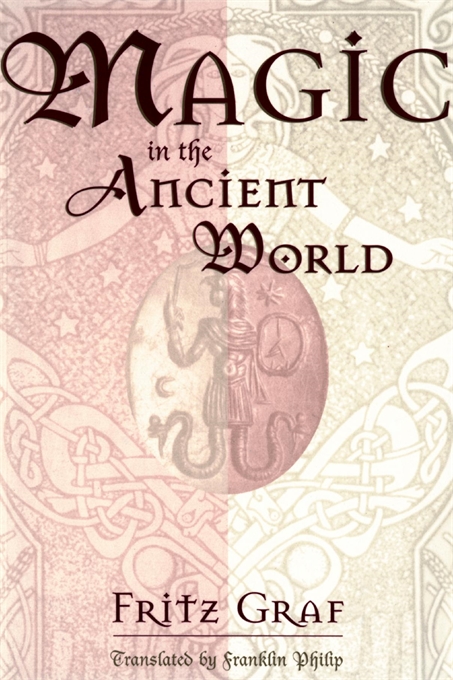 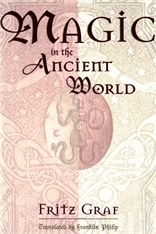 Magic in the Ancient World

Ancient Greeks and Romans often turned to magic to achieve personal goals. Magical rites were seen as a route for direct access to the gods, for material gains as well as spiritual satisfaction. In this fascinating survey of magical beliefs and practices from the sixth century B.C.E. through late antiquity, Fritz Graf sheds new light on ancient religion.

Evidence of widespread belief in the efficacy of magic is pervasive: the contemporaries of Plato and Aristotle placed voodoo dolls on graves in order to harm business rivals or attract lovers. The Twelve Tables of Roman Law forbids the magical transference of crops from one field to another. Graves, wells, and springs throughout the Mediterranean have yielded vast numbers of Greek and Latin curse tablets. And ancient literature abounds with scenes of magic, from necromancy to love spells. Graf explores the important types of magic in Greco-Roman antiquity, describing rites and explaining the theory behind them. And he characterizes the ancient magician: his training and initiation, social status, and presumed connections with the divine world. With trenchant analysis of underlying conceptions and vivid account of illustrative cases, Graf gives a full picture of the practice of magic and its implications. He concludes with an evaluation of the relation of magic to religion. Magic in the Ancient World offers an unusual look at ancient Greek and Roman thought and a new understanding of popular recourse to the supernatural.