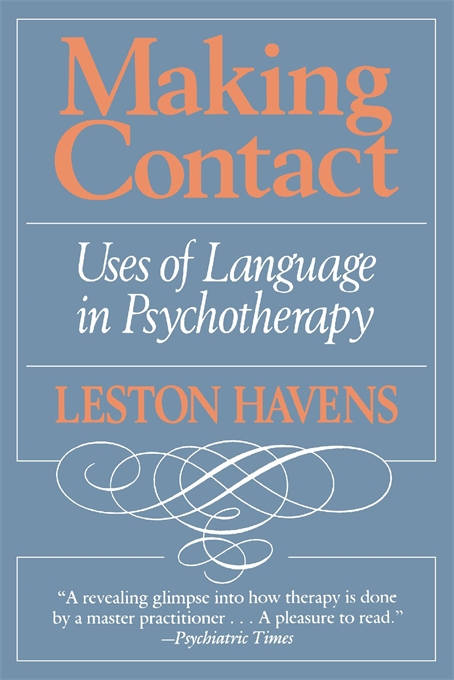 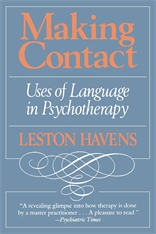 Uses of Language in Psychotherapy

Since 1955, moving from early work in psychopharmacology to studies of clinical method and the psychiatric schools, Leston Havens has been working toward a general theory of therapy. It often seems that twentieth-century psychiatry, sect-ridden, is a Tower of Babel, as Havens once characterized it. This book is the distillation of long years of thought and practice, a bold yet modest attempt to delineate an “integrated psychotherapy.”

The boldness of this effort lies in its author’s willingness to recognize the best that each school has to offer, to describe it cogently, and to integrate it into a full response to today’s new kind of patient. Descriptive or medical psychiatry, psychoanalysis, interpersonal or behavioristic psychiatry, empathic or existential therapy-viewed in metaphors, respectively, of perceiving, thinking, managing, feeling-all have useful contributions to make to contemporary methods of treatment. But how? Havens’s modest answer is through appropriate language, and he demonstrates exactly what he means: when to ask questions, when to direct or draw back, when to sympathize.

Practitioners now must deal with less dramatic, but more stubborn, problems of character and situation; lack of purpose, isolation, submissiveness, invasiveness, deep yet vague dissatisfaction. Some kind of human presence must be discovered in the patient, and Havens gives concrete, absorbing examples of ways of “speaking to absence,” of making contact. The emphasis is on verbal technique, but the underlying broad, humane intent is everywhere evident. It is no less than to transform passivity, by means of disciplined therapeutic concern, into a state of being Human.