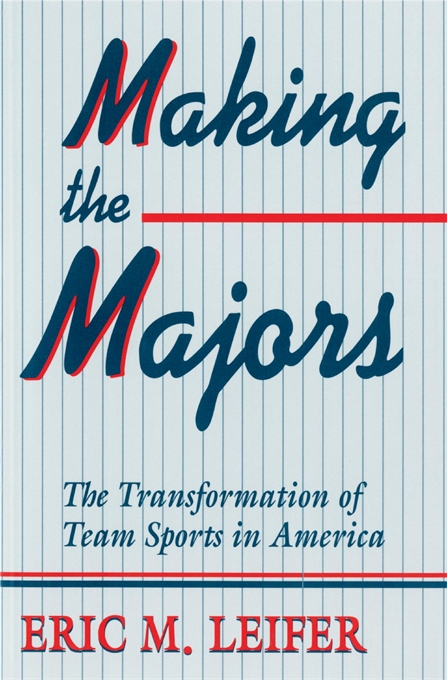 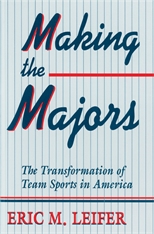 The Transformation of Team Sports in America

In this in-depth look at major league sports, Eric Leifer traces the growth and development of major leagues in baseball, football, basketball, and hockey, and predicts fundamental changes as the majors pursue international expansion. He shows how every past expansion of sports publics has been accompanied by significant changes in the way sporting competition is organized. With each reorganization, the majors have created teams closer in ability, bringing repetition to competition across time, only to expand and energize the public’s search for differences between teams and for events that disrupt the repetitive flow. “The phenomenal success of league sports,” Leifer writes, “rests on their ability to manufacture inequalities for fans to latch on to without jeopardizing the equalities that draw fans in.”

Leifer supports his theory with historical detail and statistical analysis. He examines the special concerns of league organizers in pursuing competitive balance and presents a detailed analysis of how large-city domination has been undermined in the modern era of Major League Baseball. Using games from the four major league sports, he then shows how fans can themselves affect the course of competition. In NFL football, for example, fans account for nearly all of the persisting inequality in team performance. The possibility of sustaining inequality among equals emerges from the cross-pressures that fans and leagues place on competition.

With substantial data in hand, Leifer asks the essential question facing the leagues today: how can they sustain a situation that depends entirely on simultaneous equality and contention, one in which fan involvement may evaporate as soon as one team dominates? His answer has significant implications for the future of major league sports, both nationally and internationally.