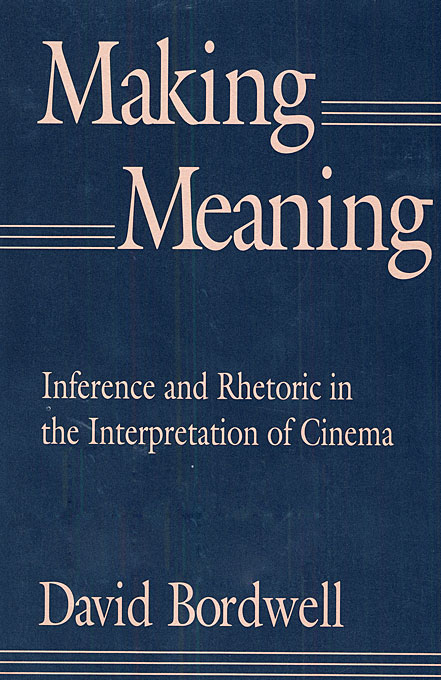 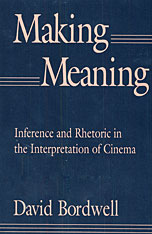 Inference and Rhetoric in the Interpretation of Cinema

David Bordwell’s new book is at once a history of film criticism, an analysis of how critics interpret film, and a proposal for an alternative program for film studies. It is an anatomy of film criticism meant to reset the agenda for film scholarship. As such Making Meaning should be a landmark book, a focus for debate from which future film study will evolve.

Bordwell systematically maps different strategies for interpreting films and making meaning, illustrating his points with a vast array of examples from Western film criticism. Following an introductory chapter that sets out the terms and scope of the argument, Bordwell goes on to show how critical institutions constrain and contain the very practices they promote, and how the interpretation of texts has become a central preoccupation of the humanities. He gives lucid accounts of the development of film criticism in France, Britain, and the United States since World War II; analyzes this development through two important types of criticism, thematic-explicatory and symptomatic; and shows that both types, usually seen as antithetical, in fact have much in common. These diverse and even warring schools of criticism share conventional, rhetorical, and problem-solving techniques—a point that has broad-ranging implications for the way critics practice their art. The book concludes with a survey of the alternatives to criticism based on interpretation and, finally, with the proposal that a historical poetics of cinema offers the most fruitful framework for film analysis.