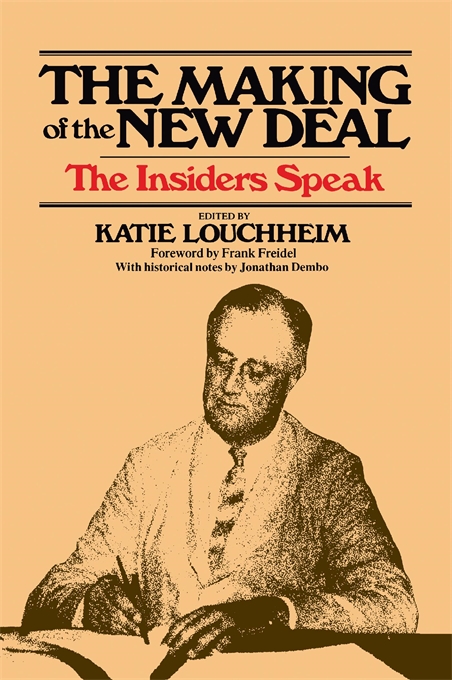 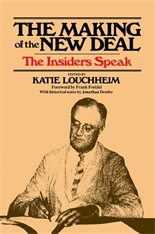 The Making of the New Deal

There has never been a phenomenon in American life to equal the invasion of Washington by the young New Dealers—hundreds of men and women still in their twenties and thirties, brilliant and dedicated, trained in the law, economics, public administration, technology, pouring into public life to do nothing less than restructure American society. They proposed new programs, drafted legislation, staffed the new agencies. They were active in the Administration, the Congress, the courts, the news media. They fanned out all over America to discover the facts, plan ways of easing the pain of their foundering country, and report on the results. Many of them went on to be rich, famous, and powerful, but their early experience in Washington was perhaps the most inspiriting of their lives.

Katie Louchheim was among those who arrived in Washington in the 1930s, and being a keen writer as well as the wife of a member of the SEC, she had a front-row seat for the spectacle of social progress. Now, a half-century later, she has gathered reminiscences from her old friends and colleagues, interviewed others, and woven them together into a lively, informal word-picture of that exciting time. Among the many insiders who recount their views are Alger Hiss, Robert C. Weaver, Paul A. Freund, James H. Rowe, Wilbur J. Cohen, Abe Fortas, David Riesman, and Joseph L. Rauh. This book, a singular and uplifting primary document of an extraordinary period, is destined to appeal across a wide spectrum of readers of American history.