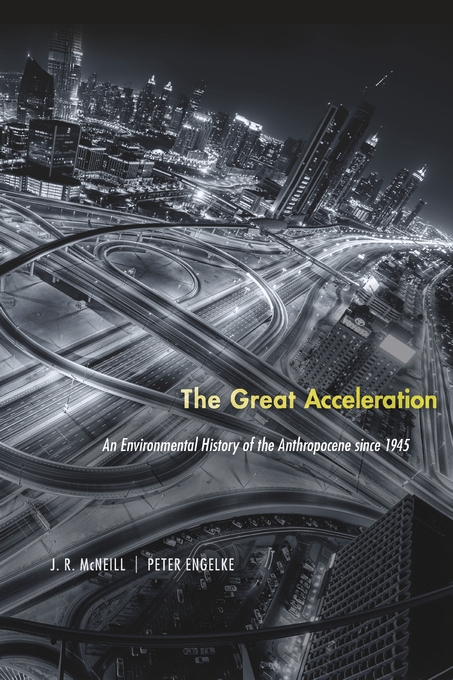 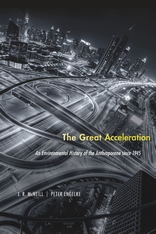 An Environmental History of the Anthropocene since 1945

The Great Acceleration presents the full text of J. R. McNeill and Peter Engelke’s contribution to Global Interdependence: The World after 1945, the sixth volume of A History of the World.

The Earth has entered a new age—the Anthropocene—in which humans are the most powerful influence on global ecology. Since the mid-twentieth century, the accelerating pace of energy use, greenhouse gas emissions, and population growth has thrust the planet into a massive uncontrolled experiment. The Great Acceleration explains its causes and consequences, highlighting the role of energy systems, as well as trends in climate change, urbanization, and environmentalism.

More than any other factor, human dependence on fossil fuels inaugurated the Anthropocene. Before 1700, people used little in the way of fossil fuels, but over the next two hundred years coal became the most important energy source. When oil entered the picture, coal and oil soon accounted for seventy-five percent of human energy use. This allowed far more economic activity and produced a higher standard of living than people had ever known—but it created far more ecological disruption.

We are now living in the Anthropocene. The period from 1945 to the present represents the most anomalous period in the history of humanity’s relationship with the biosphere. Three-quarters of the carbon dioxide humans have contributed to the atmosphere has accumulated since World War II ended, and the number of people on Earth has nearly tripled. So far, humans have dramatically altered the planet’s biogeochemical systems without consciously managing them. If we try to control these systems through geoengineering, we will inaugurate another stage of the Anthropocene. Where it might lead, no one can say for sure.