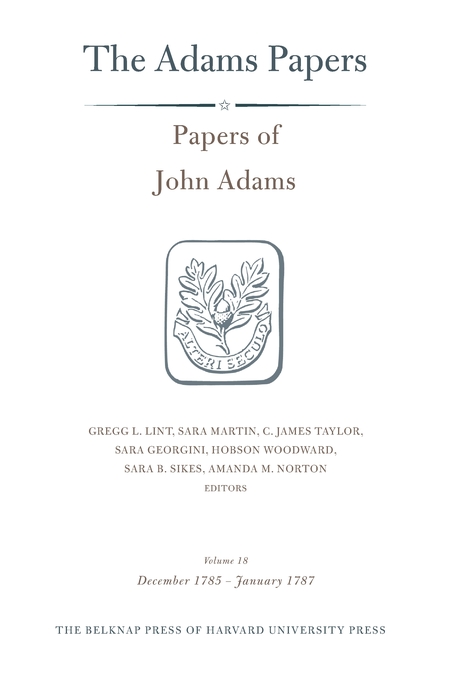 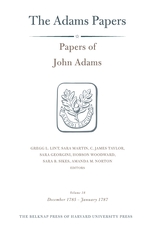 Volume 18 is the final volume of the Papers of John Adams wholly devoted to John Adams’ diplomatic career. It chronicles fourteen months of his tenure as minister to Great Britain and his joint commission, with Thomas Jefferson, to negotiate treaties with Europe and North Africa. With respect to Britain, Adams found it impossible to do “any Thing Satisfactory, with this Nation,” and the volume ends with his decision to resign his posts. His diplomatic efforts, Adams thought, were too much akin to “making brick without straw.”

John Adams’ ministerial efforts in London were disappointing, but other aspects of his life were not. He and Jefferson failed to finalize treaties with Portugal and Great Britain, but they did, through agent Thomas Barclay, conclude a treaty with Morocco. Barclay’s letters are the earliest and most evocative American accounts of that region. Adams witnessed the marriage of his daughter, Abigail 2d, to William Stephens Smith, promoted the ordination of American Episcopal bishops, and toured the English countryside, first with Thomas Jefferson and then with his family. Most significant perhaps was the publication of the first volume of Adams’ Defence of the Constitutions of Government of the United States of America. This work is often attributed to concern over Shays’ Rebellion, of which Adams knew little when he began drafting. In fact, it was Adams’ summer 1786 visit to the Netherlands that provoked his work. There, Dutch Patriot friends, involved in their own revolution, expressed interest in seeing “upon paper” his remarks “respecting Government.”