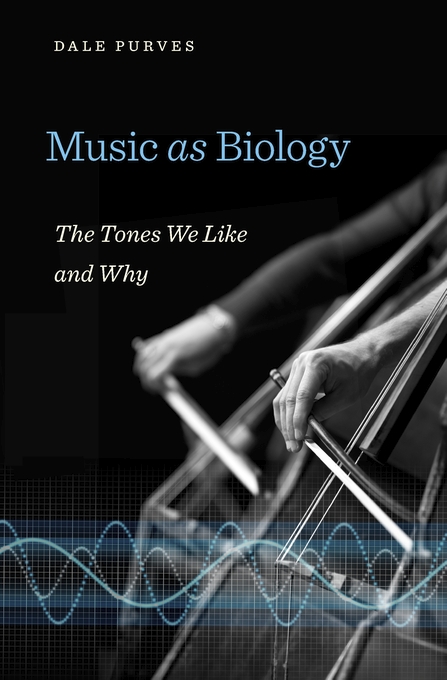 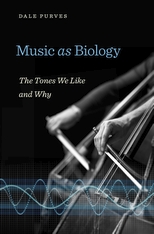 The universality of musical tones has long fascinated philosophers, scientists, musicians, and ordinary listeners. Why do human beings worldwide find some tone combinations consonant and others dissonant? Why do we make music using only a small number of scales out of the billions that are possible? Why do differently organized scales elicit different emotions? Why are there so few notes in scales? In Music as Biology, Dale Purves argues that biology offers answers to these and other questions on which conventional music theory is silent.

When people and animals vocalize, they generate tonal sounds—periodic pressure changes at the ear which, when combined, can be heard as melodies and harmonies. Human beings have evolved a sense of tonality, Purves explains, because of the behavioral advantages that arise from recognizing and attending to human voices. The result is subjective responses to tone combinations that are best understood in terms of their contribution to biological success over evolutionary and individual history. Purves summarizes evidence that the intervals defining Western and other scales are those with the greatest collective similarity to the human voice; that major and minor scales are heard as happy or sad because they mimic the subdued and excited speech of these emotional states; and that the character of a culture’s speech influences the tonal palette of its traditional music.

Rethinking music theory in biological terms offers a new approach to centuries-long debates about the organization and impact of music.