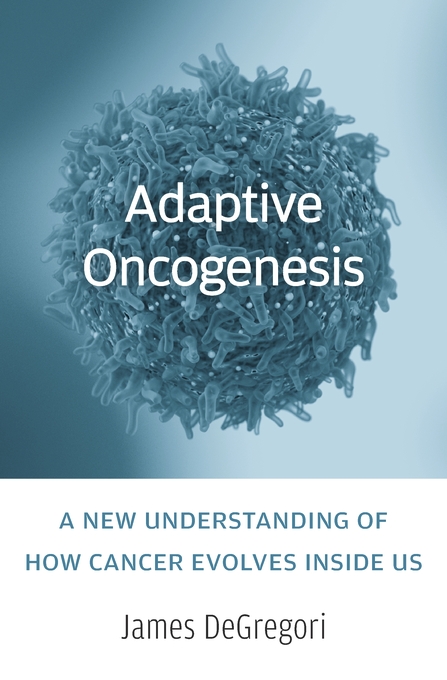 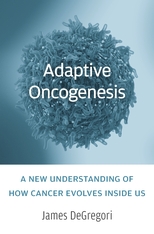 A New Understanding of How Cancer Evolves inside Us

Foreword by Robert A. Weinberg

Popular understanding holds that genetic changes create cancer. James DeGregori uses evolutionary principles to propose a new way of thinking about cancer’s occurrence. Cancer is as much a disease of evolution as it is of mutation, one in which mutated cells outcompete healthy cells in the ecosystem of the body’s tissues. His theory ties cancer’s progression, or lack thereof, to evolved strategies to maximize reproductive success.

Through natural selection, humans evolved genetic programs to maintain bodily health for as long as necessary to increase the odds of passing on our genes—but not much longer. These mechanisms engender a tissue environment that favors normal stem cells over precancerous ones. Healthy tissues thwart cancer cells’ ability to outcompete their precancerous rivals. But as our tissues age or accumulate damage from exposures such as smoking, normal stem cells find themselves less optimized to their ecosystem. Cancer-causing mutations can now help cells adapt to these altered tissue environments, and thus outcompete normal cells. Just as changes in a species’ habitat favor the evolution of new species, changes in tissue environments favor the growth of cancerous cells.

DeGregori’s perspective goes far in explaining who gets cancer, when it appears, and why. While we cannot avoid mutations, it may be possible to sustain our tissues’ natural and effective system of defense, even in the face of aging or harmful exposures. For those interested in learning how cancers arise within the human body, the insights in Adaptive Oncogenesis offer a compelling perspective.