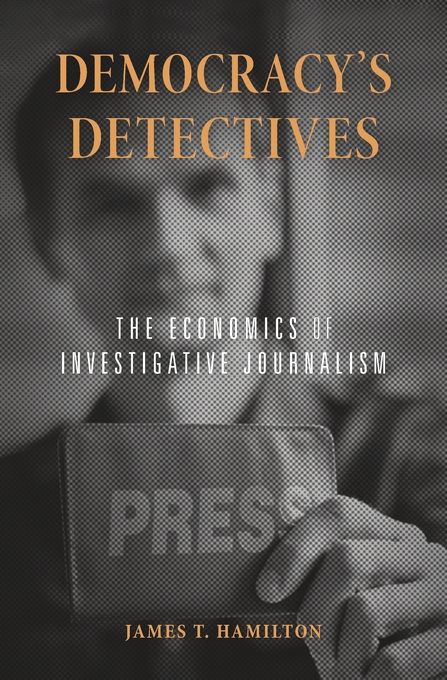 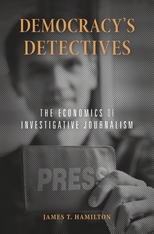 The Economics of Investigative Journalism

In democratic societies, investigative journalism holds government and private institutions accountable to the public. From firings and resignations to changes in budgets and laws, the impact of this reporting can be significant—but so too are the costs. As newspapers confront shrinking subscriptions and advertising revenue, who is footing the bill for journalists to carry out their essential work? Democracy’s Detectives puts investigative journalism under a magnifying glass to clarify the challenges and opportunities facing news organizations today. Drawing on a painstakingly assembled data set of thousands of investigations by U.S. journalists, James T. Hamilton deploys economic theories of markets and incentives to reach conclusions about the types of investigative stories that get prioritized and funded.

Hamilton chronicles a remarkable record of investigative journalism’s real-world impact, showing how a single dollar invested in a story can generate hundreds of dollars in social benefits. An in-depth case study of Pulitzer Prize–winning reporter Pat Stith of The News and Observer in Raleigh, NC, who pursued over 150 investigations that led to the passage of dozens of state laws, illustrates the wide-ranging impact one intrepid journalist can have. Important stories are going untold as news outlets increasingly shy away from the expense of watchdog reporting, Hamilton warns, but technology may hold an answer. Computational journalism—making novel use of digital records and data-mining algorithms—promises to lower the costs of discovering stories and increase demand among readers.