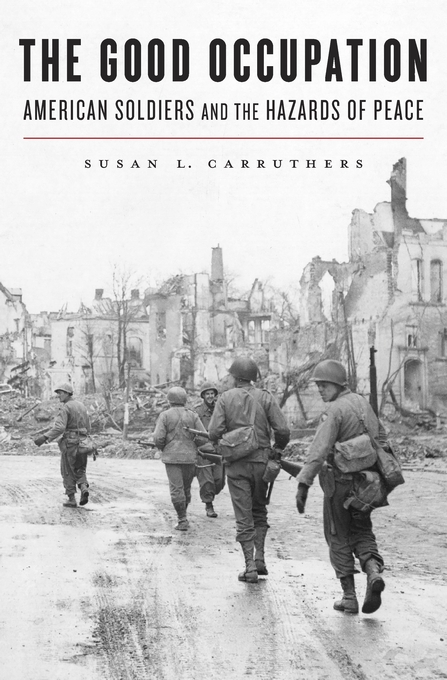 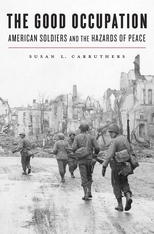 American Soldiers and the Hazards of Peace

Waged for a just cause and culminating in total victory, World War II was America’s “good war.” Yet for millions of GIs overseas, the war did not end with Germany and Japan’s surrender. The Good Occupation chronicles America’s transition from wartime combatant to postwar occupier, by exploring the intimate thoughts and feelings of the ordinary servicemen and women who participated—often reluctantly—in the difficult project of rebuilding nations they had so recently worked to destroy.

When the war ended, most of the seven million Americans in uniform longed to return to civilian life. Yet many remained on active duty, becoming the “after-army” tasked with bringing order and justice to societies ravaged by war. Susan Carruthers shows how American soldiers struggled to deal with unprecedented catastrophe among millions of displaced refugees and concentration camp survivors while negotiating the inevitable tensions that arose between victors and the defeated enemy. Drawing on thousands of unpublished letters, diaries, and memoirs, she reveals the stories service personnel told themselves and their loved ones back home in order to make sense of their disorienting and challenging postwar mission.

The picture Carruthers paints is not the one most Americans recognize today. A venture undertaken by soldiers with little appetite for the task has crystallized, in the retelling, into the “good occupation” of national mythology: emblematic of the United States’ role as a bearer of democracy, progress, and prosperity. In real time, however, “winning the peace” proved a perilous business, fraught with temptation and hazard.