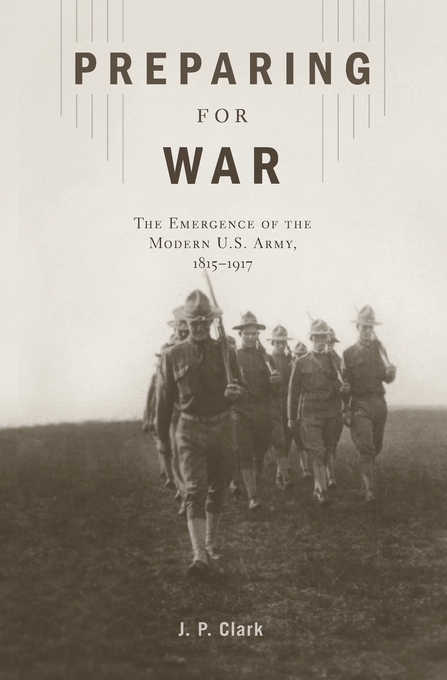 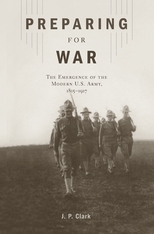 “Magnificent… Clark shows us how history ought to be written—not only illuminating the past but providing a useful way to think about the future… The implication of Preparing for War is that although the Army—or any organization—can learn from past generational conflicts, there are limits to what it can do about those of the future.”—Mackubin Thomas Owens, National Review

“Clark adds to our understanding by focusing specifically on the evolving debates over how the Army should prepare for war… Clark delivers a solidly researched, carefully argued, and strongly written study that weaves a masterful synthesis of a hundred years of institutional and intellectual history… This is an important book, one filled with insights valuable for our own day.”—Mike Morris, The Strategy Bridge

“The alternating and overlapping tumult of innovation and inertia, centralization and dispersion is the fascinating story of Clark’s volume, one that documents the century-long shift from the concept of the innate warrior to that of the trained careerist. Clark is acutely aware of the very real difference between practical and theoretical skills in conflict, and that soldiers with expertise in one domain are often incompetent in the other… Conflict, of course, is the only final exam that matters. In the meantime, military organization and preparation remain intrinsically difficult, put to the test only on wildly disparate, sporadic occasions. It’s a problem the Army grappled with well into its formative years, one whose origins Clark cogently illuminates.”—Anthony Paletta, HistoryNet

“Preparing for War is a subtle, sophisticated, and immensely insightful contribution to U.S. military history. Combining intimate understanding with admirable critical distance, J. P. Clark’s study stands alone in describing the intellectual evolution of the army officer corps. His story may end with World War I, but its implications echo down to the present day.”—Andrew J. Bacevich, author of America’s War for the Greater Middle East: A Military History

“A unique and masterful combination of institutional, social, and intellectual history, and group biography, Preparing for War deserves a wide readership. How the army of the nineteenth century prepared for armed conflict sheds light and deep understanding on military readiness today and in the future.”—Lieutenant General (U.S. Army) H. R. McMaster, author of Dereliction of Duty: Lyndon Johnson, Robert McNamara, The Joint Chiefs of Staff, and the Lies that Led to Vietnam

“Clark provides an excellent introduction to the political context within which America’s army grew from a frontier constabulary force to one of the most powerful instruments in the world. His book will prove enlightening not only for students of the past but for those interested in how our army functions within the American political system today.”—Michael S. Neiberg, author of Potsdam: The End of World War II and the Remaking of Europe