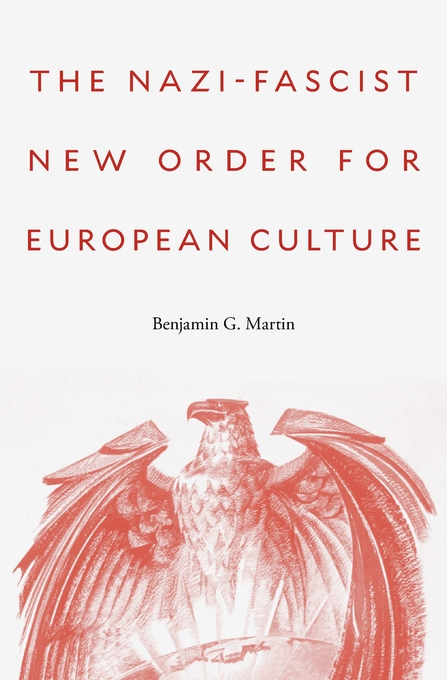 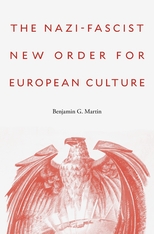 “[An] illuminating book… [Hitler and Mussolini] thought literature and the arts were important, and wanted to weaponize them as adjuncts to military conquest. Martin’s book adds a significant dimension to our understanding of how the Nazi and Fascist empires were constructed… Hitler (with Mussolini struggling behind) tried with at least some initial success to use international cultural organizations to enhance his military power. This story has been approached mostly, if at all, in individual national terms, but Martin has brought the whole Axis cultural project admirably into focus.”—Robert O. Paxton, The New York Review of Books

“As Benjamin G. Martin shows in his bold and impressive book, Germany, in close collaboration with Mussolini’s Italy, tried to recast European culture in accordance with their ideological aims… Martin’s book is a work of great originality because it does not focus on the art, nor on individual artists, film-makers and writers, but instead draws our attention to the policies enacted by the Nazi-fascist regimes to transform the cultural market. Martin shows how even the reform of entertainment taxes, royalty payments and artists’ contracts was charged with ideology.”—Gavin Jacobson, New Statesman

“Narrated with great erudition and grace… The insidious spread of what Martin calls ‘the soft power of Nazi and fascist imperialism’ is a staggering tale of geopolitical and intellectual ambition. It is all the more astonishing for having been overlooked for so long. Drawing upon libraries and archives in five different countries, Martin’s work is a dazzling transnational history of ideas and institutions as well as a major contribution to our understanding of fascism and the Third Reich: Martin reveals how cultural initiatives unlock the political imagination of the interwar radical right. It was in concert halls and boardrooms and along red carpets that sinister ideologues like Goebbels most fully revealed their plans to remake European civilization and overturn the global order. The book also lands with more shuddering force than its author could have anticipated. More than any moment since the 1930s, we suddenly face the prospect of a world system principally shaped by the extreme right. With the European Union in peril, Russia extending its reach, and authoritarian nationalists seducing the disaffected, Martin’s study of ‘totalitarian internationalism’ turns out to be precisely the sort of history we need at this particular moment: a deft and disquieting account of how easily the noblest of liberal principles may be hollowed out and swiftly renovated for darker purpose.”—Ian Beacock, New Republic

“A pathbreaking history of the ways in which Hitler and Mussolini used cultural claims to cement cooperation between their two regimes and to create a distinct European nationalist identity. A gripping account of bitter rivalries as well, between different artistic movements and art forms and between Germany and Italy as the fortunes of their respective fascist projects diverged.”—Patricia Clavin, University of Oxford

“This revelatory book maps a virtually undiscovered aspect of Europe under Nazi and Fascist hegemony: the attempt to create pan-European cultural institutions for film, music, and literature. This enterprise required a redefinition of what ‘Europe’ meant for the Nazis, the Fascists, and for the extreme right in virtually every European country. Martin’s transnational approach is without doubt a major contribution to a new generation of scholarship about fascism and modernity.”—Anson Rabinbach, Princeton University

“Martin’s unique book exposes how the idea of Europe was hijacked by German and Italian fascists on behalf of authoritarian and illiberal politics, a politics rooted in an ideology of racial purity and an intolerant anti-modernist cultural aesthetic. As Europe now faces the renewal of nationalism and xenophobia, Martin provides an indispensable but sobering historical critique of any facile belief in some inherent affinity between cultural traditions and tolerance, humanism and pluralism.”—Leon Botstein, Bard College