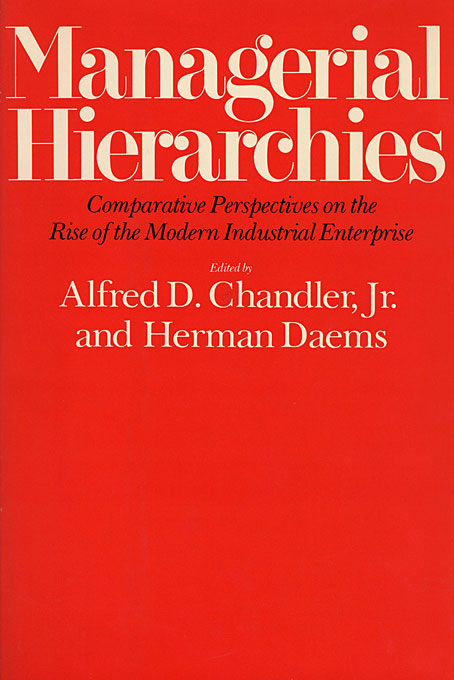 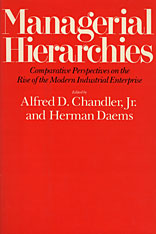 Comparative Perspectives on the Rise of the Modern Industrial Enterprise

The concept of the “visible hand” in big business enterprise, so persuasively and brilliantly argued in Alfred D. Chandler, Jr.’s prize-winning The Visible Hand: The Managerial Revolution in American Business, is tested and extended in this book. These essays show that the growth and complexity of managerial hierarchies (“visible hands”) in large business firms are central to the organization of modern industrial activity. Leading American and European historians retrace and compare the historical evolution of the contemporary giant managerial hierarchies in the United States, Britain, Germany, and France.

The first group of essays—by Chandler, Leslie Hannah, Jürgen Kocka, and Maurice Lévy-Leboyer—explores the rise of modern industrial enterprise in the West. They suggest the mechanisms and causes of the shift from the invisible hand of market coordination to the visible hand of managerial hierarchies, and attempt to pinpoint cultural and economic reasons for the persistence of transitional forms of organization in Europe. Other essays—by Morton Keller and Oliver E. Williamson—describe the legal and regulatory responses to the rise of big business and the implications of the history of the managerial revolution for students of economic development and industrial organization. The final essay, by Herman Daems, provides an overall analysis of the reasons managerial hierarchies replaced market mechanisms and agreements among firms as devices for coordination and the allocation of resources in advanced market economies.

This fresh study of the managerial revolution presents recent theoretical reflections in institutional economics and industrial organization in the light of new historical findings.