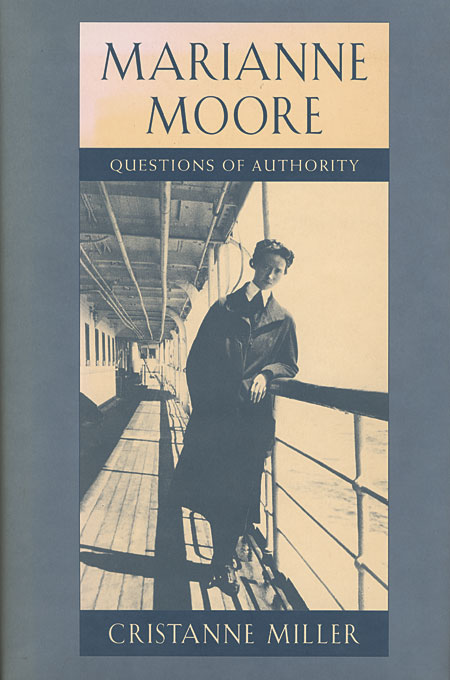 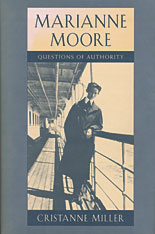 Not confessional or autobiographical, not openly political or gender-conscious: all that Marianne Moore’s poetry is not has masked what it actually is. Cristanne Miller’s aim is to lift this mask and reveal the radically oppositional, aesthetic, and political nature of the poet’s work. A new Moore emerges from Miller’s persuasive book—one whose political engagement and artistic experiments, though not cut to the fashion of her time, point the way to an ambitious new poetic.

Miller locates Moore within the historical, literary, and family environments that shaped her life and work, particularly her sense and deployment of poetic authority. She shows how feminist notions of gender prevalent during Moore’s youth are reflected in her early poetry, and tracks a shift in later poems when Moore becomes more openly didactic, more personal, and more willing to experiment with language typically regarded as feminine. Distinguishing the lack of explicit focus on gender from a lack of gender-consciousness, Miller identifies Moore as distinctly feminist in her own conception of her work, and as significantly expanding the possibilities for indirect political discourse in the lyric poem. Miller’s readings also reveal Moore’s frequent and pointed critiques of culturally determined power relationships, those involving race and nationality as well as gender.

Making new use of unpublished correspondence and employing close interpretive readings of important poems, Miller revises and expands our understanding of Marianne Moore. And her work links Moore—in her radically innovative reactions to dominant constructions of authority—with a surprisingly wide range of late twentieth-century women poets.